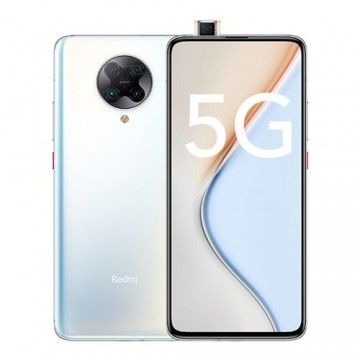 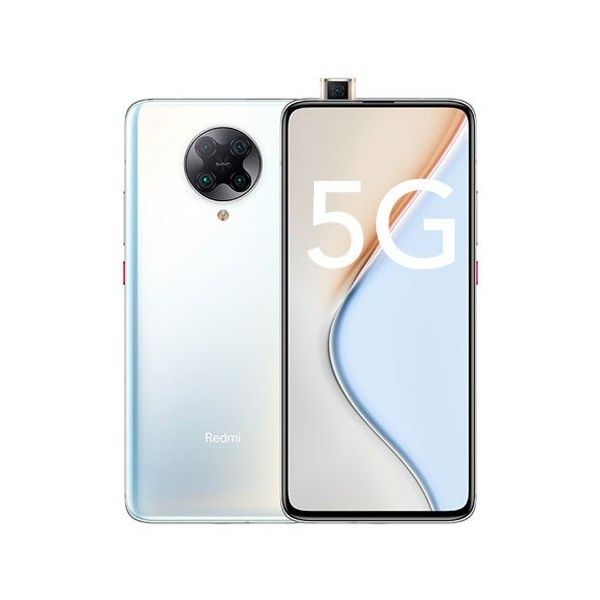 Snapdragon 865, 1200 nit brightness, UFS 3.1 memory, large battery, Dual 5G and a strong quad camera setup make the Redmi K30 Pro Zoom Edition one of the most desirable on the market today. As a device of the upper class, Xiaomi leaves nothing to be desired on its new smartphone and thus satisfies even the most demanding users. This technical gem is now available at TradingShenzhen at a low price. Order now and test it! 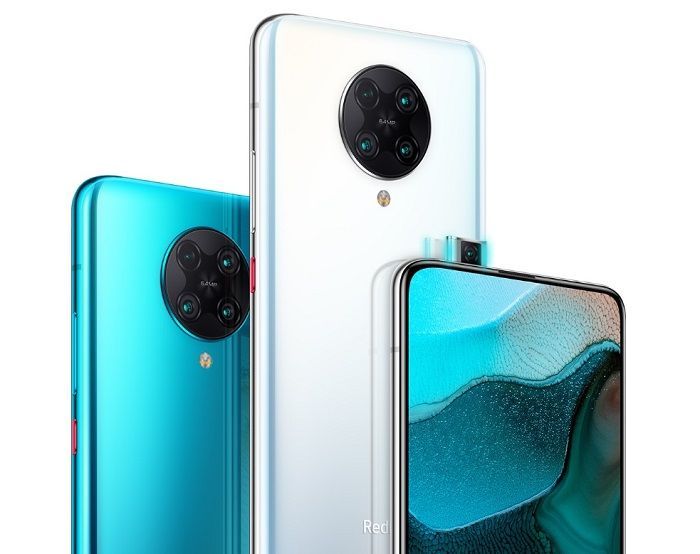 No other description fits the display of the Redmi K30 Pro Zoom Edition so well. This presents itself in an absolutely high-quality manner and can even keep up with the flagships of other manufacturers such as Samsung, Huawei or Apple. The size of the panel is already impressive. At 6.67 inches, the smartphone from the Xiaomi subsidiary can be classified as a tablet. Nevertheless, the device lies very well in the hand thanks to very moderate dimensions of only 163.3 x 75.4 x 8.9 mm. This is made possible by the absence of a disturbing notch on the front. 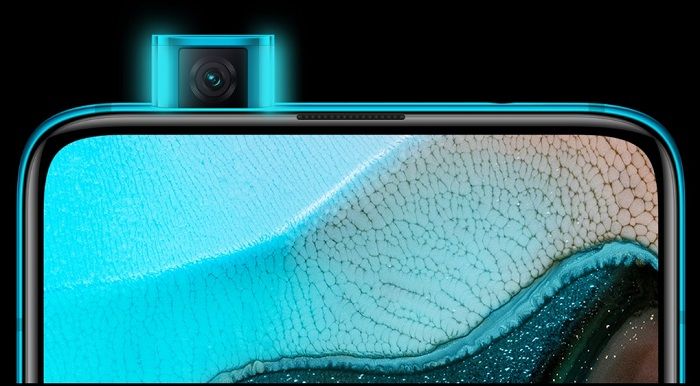 Selfies and video telephony is realized via the pop-up camera on the front. Equipped with a 20 megapixel sensor, the front camera promises high-resolution results. Thanks to AI support, HDR, portrait mode and numerous other functions, Selfie fans get their money's worth. Even video recordings can be realized with the Pop Up camera in Full HD. Slow motion recordings with up to 120 fps are also possible. 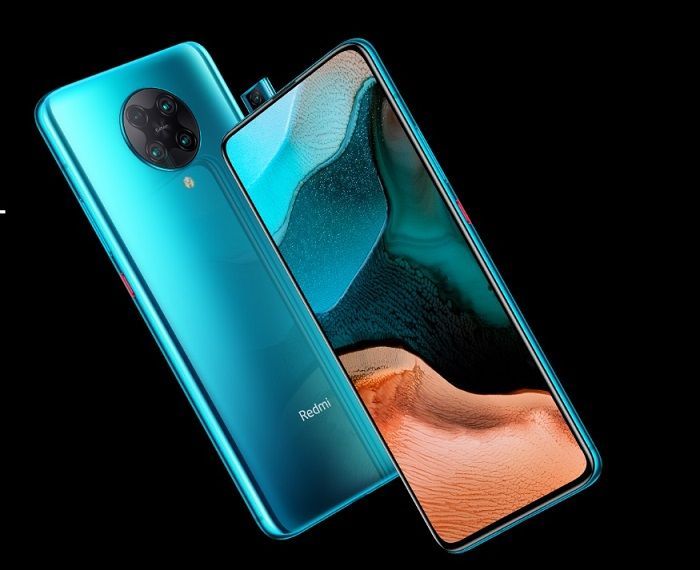 One of the best cameras on the market

Far better photos and videos can be realized with the Quad camera on the back of the housing. The team is led by a Sony IMX 686 sensor with 64 megapixels. The 6P lens with f/1.7 aperture supports pixel binning and thus allows optimized images. The 13-megapixel ultra-wide-angle lens, on the other hand, allows breathtaking panoramic shots and offers a viewing angle of 123 degrees. Distant objects can be zoomed in on using the 8 megapixel telephoto macro lens. The sensor is based on an OIS and allows a 3x optical and a 30x digital zoom. The 2-megapixel depth sensor provides for appealing bokeh effects. The powerful camera is also a true paradise for amateur filmmakers. Super Slow Motion with up to 960 fps is no problem, as well as shooting in 8k format.

More than convincing - the display

Matching the camera, the Redmi K30 Pro Zoom Edition also shows off its display. So the snapshots and videos can be viewed in all their glory. Thanks to the AMOLED display and HDR 10+ support the colour reproduction is very close to perfection. Combined with an FHD+ resolution of 2400 x 1080 pixels, digital content is displayed absolutely brilliantly. In fact, the display can easily compete with those of other flagships. This also applies to the brightness. The panel can achieve a full 1200 nit and thus guarantees good readability even in direct sunlight. 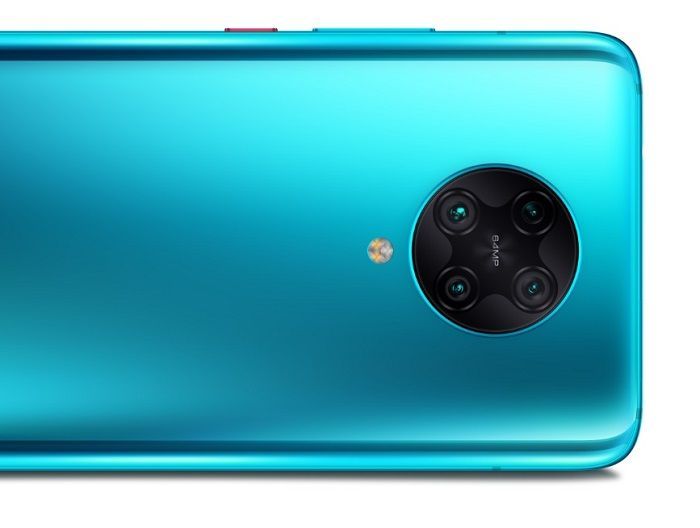 The screen of the Redmi K30 Pro Zoom Edition not only offers the high-end standard, but scores with an intelligent additional equipment. Especially users who use their device very intensively will be thrilled by the TÜV Rheinland certified blue light filter. A 360 degree ambient light sensor has been installed so that the screen brightness can always be adjusted to suit the surroundings. The built-in Corning Gorilla Glass 5 provides sufficient protection, and the panel's sampling rate of 180 Hz is exceptional. Gamers will be thrilled! 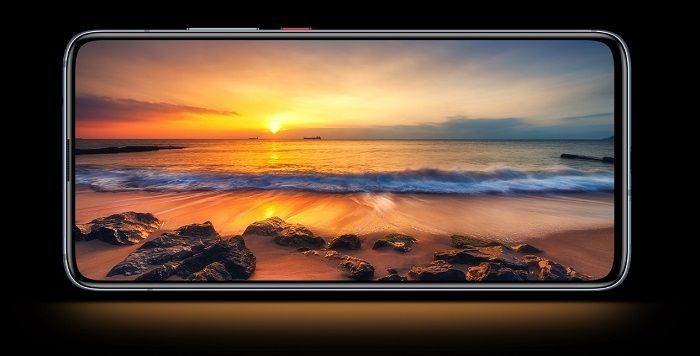 Power reserves of a flagship

The heart of the smartphone is the current flagship CPU from Qualcomm. The Snapdragon 865 Octa Core processor offers a clock speed of up to 2.84 GHz and is accompanied by an Adreno 650 GPU. In combination with 8 GB LPDDR5 RAM, the Redmi K30 Pro Zoom Edition offers sufficient performance reserves for the coming years. To ensure that the components can also be used in continuous operation and at high outside temperatures, the Liquid Cool 2.0 cooling system was integrated. Even demanding mobile games will not be able to exploit the full potential of smartphones. However, gamers will not only benefit from the high performance, but also from the improved vibration motor. This promises a realistic haptic feedback while playing. 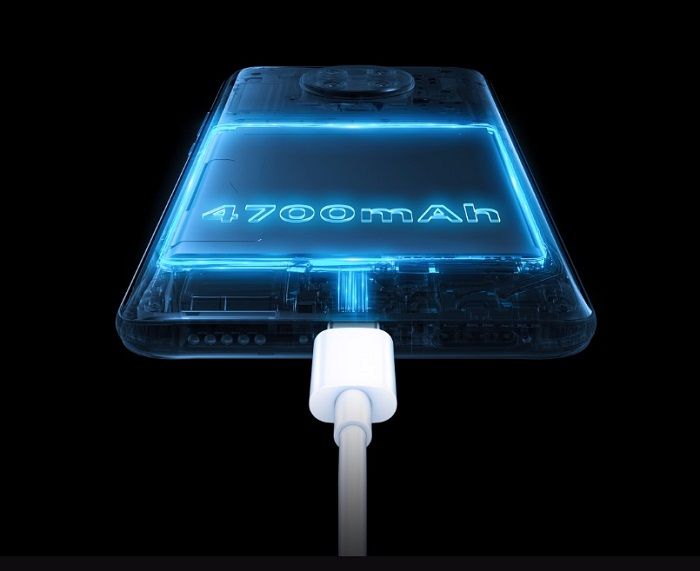 In order that gamers and normal smartphone users can enjoy the Redmi K30 Pro Zoom Edition on especially long days, the manufacturer from China has installed a very powerful battery. With a capacity of 4700 mAh and due to the energy-saving components, the smartphone can easily last more than one day without stopping at the charging cable. Should a quick dose of energy be required, the internal battery can be fully charged in only 63 minutes thanks to the 33 W Fast Charge. The internal memory is also generously dimensioned. A full 256 GB fast UFS 3.1 ROM is just waiting to be filled.

The Smartphone that simply offers more

Of course, the Chinese manufacturer does not afford any weaknesses in terms of equipment. Maximum bandwidths are guaranteed within the mobile network thanks to Dual 5G. Within known networks, maximum data throughput rates are also achieved via WiFi 6. Furthermore, the usual USB-C port and a 3.5 mm jack connector are offered. The Hi Res Audio certification, together with the built-in stereo speakers, ensures a successful sound experience. NFC and an optical fingerprint sensor in the display round off the features of the Redmi K30 Pro Zoom Edition. MIUI 11 based on Android 10.0 is used as the operating system.