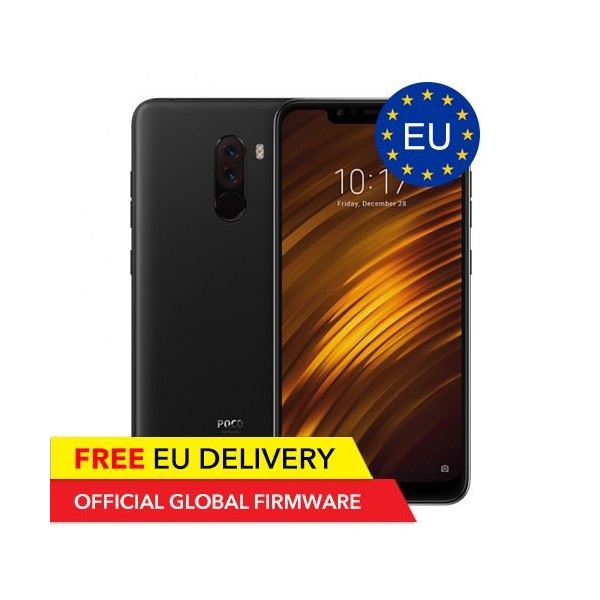 OnePlus was once able to call itself the "flagship killer". With the appearance of the Pocophone F1, however, Xiaomi deserves this award. The latest model from the Chinese company proves once again that premium manufacturers such as Samsung, HTC, Sony, Apple and Co. could sell their top models at far lower prices. Despite a mid-range price, the Poco F1 features a superb interior: Snapdragon 845, Adreno 630 GPU, Full HD+ display, a full 128 GB ROM and an awesome battery make the understatement smartphone a complete success. The perfect prey for bargain hunters!

High performance is synonymous with a high price. Up till now, this rule of thumb is valid. Up till now, smart spenders have always had to compromise if they did not want to reach so deep into their wallets. Xiaomi has ended this situation with the introduction of its new product line Pocophone. Apart from its outstanding workmanship, which Xiaomi is now generally known for, the jewel of the Asian electronics giant is distinguished above all by one thing: SPEED! 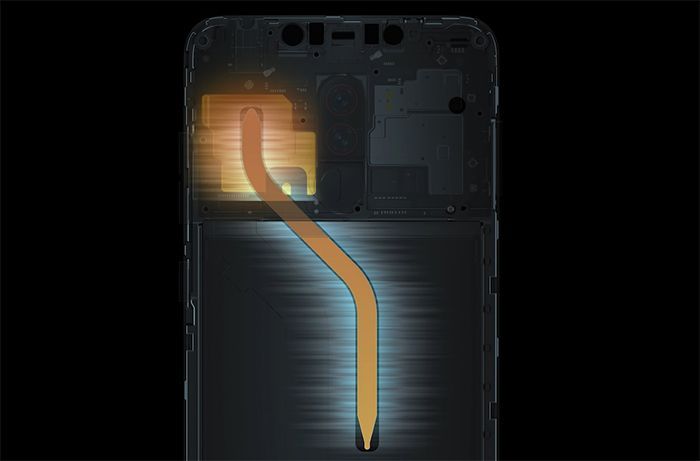 With this slogan, Xiaomi is advertising the new smartphone, which bears its name as F1 absolutely rightly. The advertising message is actually much more than just a sordid marketing walk. Nothing less than Qualcomm's current flagship lies hidden inside the slim case. The Snapdragon 845 provides the smartphone user with eight cores clocked at up to 2.8 GHz. Modern 3D games will be smoothly powered from this little powerhouse, especially since the Poco F1 also has an Adreno 630 GPU clocked at 710 MHz. Future generations of apps and games will not pose a serious challenge for the high-end smartphone either. Speed without compromise!

In order to cool the high performance accordingly, Xiaomi uses an innovative cooling technology that is otherwise only used in highly developed high-end gaming smartphones. The LiquidCool Technology of the Poco F1 is a liquid cooling system that absorbs the waste heat from critical components and can remove it quickly. This ensures consistently high performance even in very compute-intensive applications. Frozen screens or a slow response time are things of the past.

The high performance is not only provided by the strong combination of CPU and GPU as well as by the cooling. The built-in memory is also quite respectable. A full 6 GB of LPDDR4X RAM is waiting to be exhausted. With dual channel technology, they work together perfectly to deliver even better performance.

A beauty with its own character

Apart from its high performance, the Poco F1 also offers something for the eye. With its dimensions of 155.5 x 75.2 x 8.8 mm, the smart everyday companion nestles comfortably to the hand of its user. At the same time, the fully crammed performance monster does not stand out negatively due to its low weight of only 182 g. The display of the phablet is slightly rounded at the edges and gives the Poco F1 a modern look. This is visually underlined by the characteristic notch at the top of the screen. All in all, the display occupies around 82% of the front and thus uses the space very efficiently.

High-resolution display at an economy rate

The screen itself is also a real highlight and at the same time emphasises the special price of the Poco F1: The display offers a lot for a smartphone in the medium price range: The LC display has a respectable size of 6.18 inches and thus achieves an aspect ratio of 18.7:9. The performance data of the screen are also impressive. With a brightness of 500 nit and a contrast of 1500:1, digital content is clearly visible even in direct sunlight. Unlike many other devices in this price segment, Xiaomi does without a disdainful full HD display and offers its customers a little more: With a resolution of 2246 x 1080 pixels, the picture is better than that of the competitors. Despite its size, the Poco F1 achieves a pixel density of 403 ppi.

The Chinese manufacturer has also made a name for itself with the integrated camera. The 20 megapixel resolution on the front panel makes it possible to create outstanding selfies. Whether with friends or a self-portrait against an impressive background - the Poco F1 captures even filigree details with the utmost sharpness. A strong sensor combination with a resolution of 12 and 5 megapixels is used on the back. The f/1.9 and f/2.0 apertures also capture low light at twilight, giving low-light shots a better quality. The high performance of the cameras is also exceptional. On the one hand, videos can be recorded in 4k quality at 30 frames per second. But if you want slow motion images, you can adjust the pixel density down to 1080p and thus achieve up to 120 FPS. Breathtaking and dramatically staged videos are easily possible.

To get even better images, the Poco F1 has been equipped with artificial intelligence. The AI is able to make settings independently in order to adapt the recording optimally to the situation. Whether panoramic or group, the AI recognizes the scene and can also identify individual faces. The integrated electronic image stabilizer, however, ensures that the quality of the images is not impaired by unsteady hands.

Unrestricted use in Europe and Germany

The Poco F1 supports all frequency bands used in China. Both Band 20 and all other FDD LTE frequency bands are supported by the Xiaomi smartphone. Data connections can also be established at top speed within known WLANs. The standards 802.11 a, b, g, n and ac are supported. Fitness trackers and other gadgets can be connected via Bluetooth 5.0 to save energy. Actually, this is not absolutely necessary, as the Poco F1 with its 4000 mAh battery has an extremely long battery life. With QuickCharge 3.0, the internal battery can also be charged particularly quickly. Site services can also be used without restrictions. The phone is equipped with GPS, AGPS, GLONASS and Beidou. A jack port for classic headphones rounds off the overall package. Finally, a great message for all those who want to manage two numbers: The Poco F1 has a Dual Sim slot! 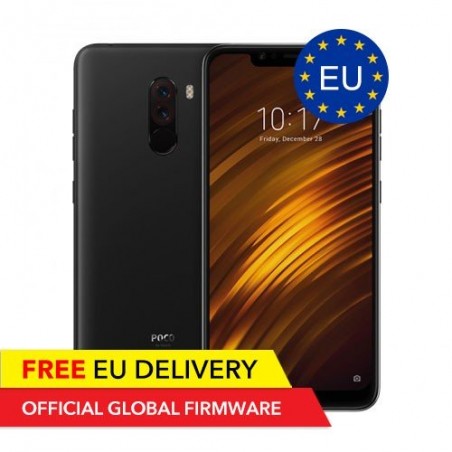 Notify me when the Xiaomi Pocophone F1 - 6GB/128GB - EU Device drops in price.