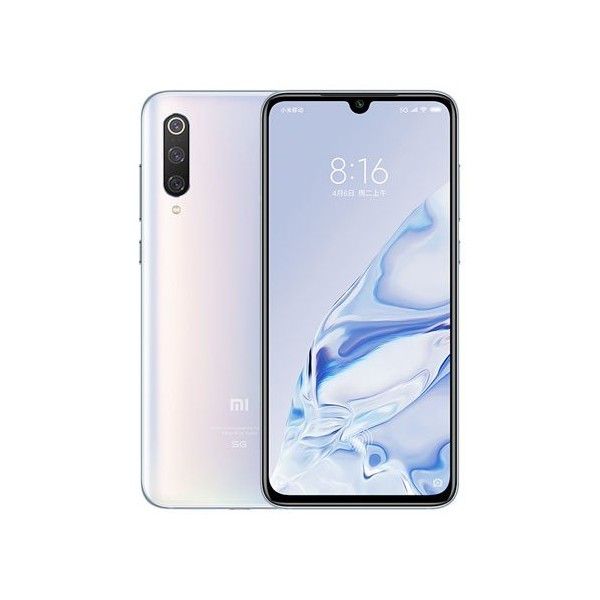 The new Xiaomi Mi 9 Pro 5G presents itself as a superlative flagship and inspires as one of the fastest and best 2019 Android smartphones with a Snapdragon 855 Plus Octa Core processor, 8 GB RAM, 256 GB ROM and a more than powerful triple camera with 48 MP resolution and ToF technology. Finally, the real highlight is a crisp FHD+ AMOLED display with 6.39 inches and an outstanding screen-to-body ratio. The Xiaomi Mi 9 is undoubtedly one of the best devices of its time, it can easily keep up with the Samsung Galaxy S10 recently presented at the MWC and costs far less than 1000 Euros. You can carry out the test yourself and buy the device produced by the premium manufacturer located in China from Tradingshenzhen now at a reasonable price. A fast delivery within Europe and to Germany is guaranteed!

More than just a rework

No, the Mi 9 Pro 5G is not just a conventional Mi 9 with 5G antenna, but much more. The manufacturer from the Far East has put a lot of thought into improving this already outstanding flagship. In addition to a larger battery, a revolutionary rapid charging technology, larger speakers and an improved vibration motor were also installed. As a matter of fact, the performance has also been adapted to the current state of high-end technology. The Mi 9 Pro 5G is certainly an excellent choice because of its more than competitive price when it comes to upgrading to the new mobile radio standard.

Xiaomi relies on a strong triumvirate

Photographers will be absolutely thrilled by the Mi 9 Pro 5G's camera combination, which is among the best on the market. The core of the triumvirate is a 48 megapixel IMX586 sensor from Sony. In combination with an f/1.75 aperture, the main sensor can still capture many details in the image, even in very unfavourable lighting conditions.  Low-Light is definitely one of the strengths of this technical marvel from China. In daylight, however, the second Samsung S5K3M5 12 megapixel telephoto lens with f/2.2 aperture produces true magic and allows not only images with bokeh effect. A lossless double optical zoom is also possible.  Another real highlight is the SONY IMX481 16 megapixel wide-angle lens, which can capture a particularly large radius on the digital image. As a matter of fact, video recordings can also be made in outstanding quality. The pocket-sized video camera records both interesting and uninteresting scenes with up to 4K resolution. One of the highlights is the macro mode, which allows shots up to 4cm. Even in the DxOMark Mobile Camera Test, the mobile phone was able to win fantastic ratings. The Mi 9 Pro 5G achieved a whopping 107 points, which makes it one of the best smartphone cameras ever.

Modern standards for the best possible

Despite the fact that it is actually part of an excellent setting and does not require any further reference, the established standards should not go unmentioned. Just like the 20 megapixel front camera, the trio uses an AI mode that can recognize numerous scenes independently and adjusts all settings optimally to the acute scene. This results in better images that even non-professionals can take effortlessly. People with unsteady hands will be happy about the integrated image stabilizer software. A real special feature, however, is the pixel binning technology. This function is also used in the Huawei P20 Pro and the Mate 20 Pro. In detail, 4 pixels are combined into one and used to improve the end result qualitatively. With regard to camera quality, Xiaomi has pulled through every aspect.

Only the best is good enough! Xiaomi's reworking of the flagship has brought Qualcomm's latest creation to the table. The Snapdragon 855 Plus processor features a total of 8 cores clocked at up to 2.95 GHz and regulated by a newly developed cooling system. The currently fastest CPU on the market is supported by a full 12 GB RAM. Therefore, the Mi 9 Pro 5G can also play current 3D games effortlessly. Multitasking of even the most CPU-intensive apps will not cause the smartphone to reach its performance limits. It's obvious that: the Xiaomi Mi 9 Pro 5G has been designed for future, far more demanding applications and is therefore ideally equipped for future app generations. In terms of performance, the Xiaomi smartphone's Snapdragon processor and rich RAM ensure that it can undoubtedly keep pace with current flagships such as the Samsung S10 5G or the Note 10 Plus and even outperform the Mate 20 X 5G.

It's not just about the interior, but also about the optically most important feature: it's about demonstrating instead of economizing. Xiaomi has given its flagship a high-quality AMOLED display that can do far more than just Full HD with a resolution of 2340 x 1080 pixels. Even the most filigree details will be displayed in razor-sharp quality. The displayable colour spectrum is also impressive - and it' s literally something to be proud of. 103.8 % of the NTSC color space can be displayed by the 6.39 inch panel. Direct sunlight is obviously no problem for an AMOLED screen. With a brightness of 600 nit and a contrast of 6000:1, digital content can be easily read on the Xiaomi flagship at any time.

With a 6,39 inch the Xiaomi Mi 9 Pro 5G has to be classified in the Phablet category. Despite the large screen diagonals, the smart everyday companion lies surprisingly well in the hand. This is made possible by its very high screen-to-body ratio of 90.4%. The Chinese manufacturer's smartphone therefore measures only 157.5 x 74.67 x 7.61mm overall. The weight is also pleasingly low. The Mi 9 Pro 5G weighs only 196 grams.

As befits a 2019 flagship, the Mi 9 Pro 5G has all the standards for fast Internet access. Known networks are supported in high-speed due to 802.11 a, b, g, n and ac standard. FDD LTE, on the other hand, ensures rapid data connections within the mobile network. The smartphone is also well equipped for the latest generation of mobile networks. This technical gem from Xiaomi supports 5G and promises outstanding reception at top speed using seven 5G antennas. Smart gadgets such as trackers or smartwatches can be connected via Bluetooth 5.0. NFC for wireless payment or other applications are also on board. Xiaomi used the new MIUI 11 interface based on Android 9.0 Pie as its operating system.

Another highlight of the revised flagship is the charging process. Wireless Charge can now be done in record-breaking 30W. As a result of this, the Mi 9 Pro 5G has a faster wireless charge than most other flagships on the market, and is the absolute leader in this category. No other manufacturer has such advanced charging technology at its disposal. This is also evident in the wired charging process. A full 45W can be charged via the USB-C port into the 4000 mAh battery. Another new feature is the reverse charge function with 10W power.