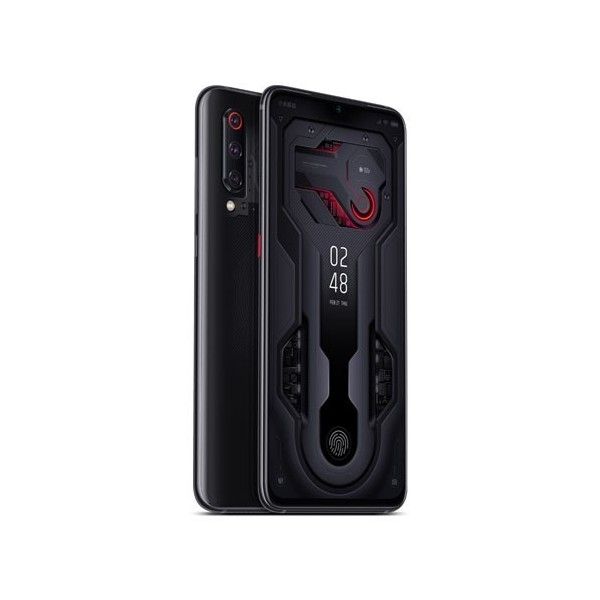 The Xiaomi Mi 9 Explorer Eiditon showcases itself as the superlative flagship and impresses as one of the fastest 2019 smartphones with a Snapdragon 855 Octa Core processor, 8GB RAM, 256GB ROM and a high-performance triple camera with 48 MP resolution and ToF technology. A crisp 6.39-inch FHD+ AMOLED display with an outstanding screen-to-body ratio makes the icing on the cake. Undoubtedly, the Mi9 Explorer Edition is one of the best devices of its time.

Photographers will be absolutely thrilled by the Mi 9 Explorer Edition camera team. The core of the triumvirate is a 48 megapixel IMX586 sensor from Sony. In combination with an f/1.75 aperture, the main sensor can catch many details even in very unfavourable lighting conditions.  Low-Light is definitely one of the strengths of this technical marvel from China. The second 12 megapixel telephoto lens with f/2.2 aperture, on the other hand, performs true magic in daylight and allows not only images with a bokeh effect. A loss-free double optical zoom is also possible.  A real highlight is also the 16 megapixel wide-angle lens, with which a particularly large radius can be captured on the digital image. Outstanding quality video recordings can also be made, of course. The pocket-sized video camera records both interesting and uninteresting scenes with up to 4K resolution. A Highlight is the new macro modus, which allows pictures close to 4 cm.

Modern standards for even better pictures

Despite the fact that it belongs to an excellent standard and doesn't need to be mentioned any further, the established standards should not go unmentioned. Just like the 20 megapixel front camera, the trio uses an AI mode that can recognize numerous scenes independently and adjusts all settings optimally to the acute scene. The result will be better images that even amateurs can take effortlessly. People with unsteady hands will be pleased about the integrated software image stabilizer. A real special feature, however, is the pixel binning technology. This function is also used in the Huawei P20 Pro and the Mate 20 Pro. In detail, 4 pixels are combined into one and used to improve the end result qualitatively.

If the design of the classic Mi 9 is too common, then the transparent Explorer Edition will delight the Alita: Battle Angel Edition. The back of the luxury smartphone is characterized by its transparent look. In detail it concerns an aluminum housing, which was brought into shape with high-precision CNC machines. An advantage hereby: Due to the good thermal conductivity of the material, processors and the other components are cooled particularly efficiently. In addition, the main sensor is surrounded by a contrasting ring.

Only the best is good enough! Xiaomi has donated Qualcomm's latest creation to its current flagship. The Snapdragon 855 processor offers a total of 8 cores clocked at up to 2.84 GHz. The fastest CPU on the market is supported by 8 GB RAM. Thus, current 3D games can also be played effortlessly on the Mi9 Explorer Edition. Multitasking of even the most CPU-intensive apps doesn't even bring the smartphone to the edge of performance. It's obvious: that the Xiaomi Mi 9 Explorer Edition has been designed for future, far more demanding applications and is therefore ideally equipped for future generations of apps.

It's not just about the interior, but also about the visually most important feature: it's about showing off instead of saving. Xiaomi has given its flagship a high-quality AMOLED display that can do much more than just Full HD with a resolution of 2340 x 1080 pixels. Even the most filigree details can be displayed in razor-sharp detail. The color spectrum available for display is also impressive - and in the real sense. 103.8% of the NTSC color spectrum can be displayed by the 6.39-inch panel. Direct sunlight is of course no problem for an AMOLED screen. With a brightness of 600 nit and a contrast of 6000:1, digital content can be easily read at any time.

The Xiaomi Mi 9 Explorer Edition with 6.39 inches is admittedly in the Phablet category. Despite the large screen diagonals, the smart everyday companion fits surprisingly well in the hand. This is made possible by its very high screen-to-body ratio of 90.4%. Altogether the smartphone of the Chinese manufacturer measures only 157.5 x 74.67 x 7.61mm. The weight is also pleasingly low. The Mi 9 Explorer Edition weighs only 173 grams.

As befits a 2019 flagship, the Mi9 Explorer Edition supports all current standards for fast Internet access. Known networks are supported in high-speed due to the 802.11 a, b, g, n and ac standard. FDD LTE, on the other hand, ensures rapid data connections within the mobile network. Smart gadgets such as trackers or smartwatches can be connected via Bluetooth 5.0. NFC for wireless payment or other applications are also on board. Charging is done via the integrated USB-C port, which supports Quick Charge 4.0. With the 3400 mAh rated battery, the Mi 9 Explorer Edition will faithfully serve its user on long days without the need to recharge often. 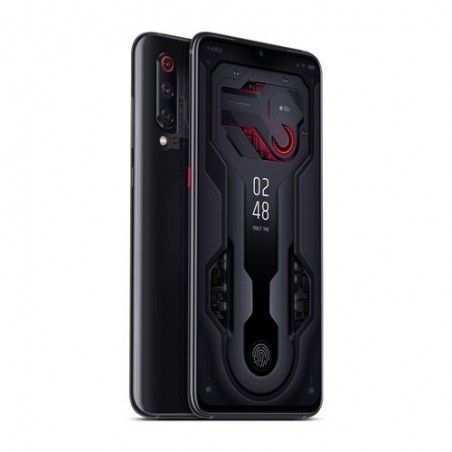 Notify me when the Xiaomi Mi 9 Explorer Edition - 8GB/256GB - Alita drops in price.