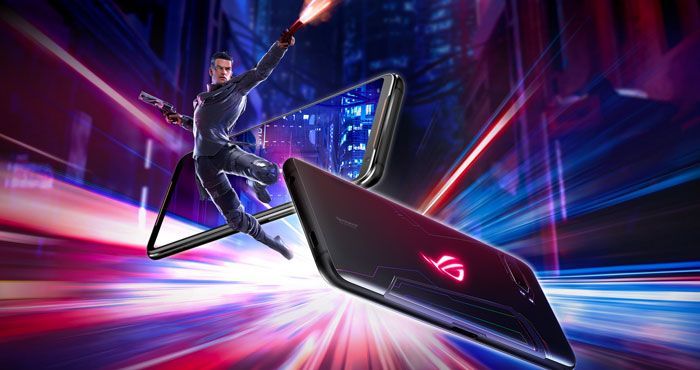 Snapdragon 855+, 8 GB RAM, a 120 Hz display and a gigantic 6000 mAh battery make the Asus ROG Phone II a superlative gaming smartphone. As an experienced provider of gaming hardware, Asus has obviously tailored other features to the needs of the gaming community. The high-end device with the futuristic design is now available from Tradingshenzhen at a fair price. Order now!

The Asus ROG Phone II is one of the fastest smartphones on the market and will remain so for the foreseeable future, there is no doubt about that. The phone effortlessly handles even the most demanding mobile games. As a matter of fact, the device also offers absolutely sufficient power reserves for future generations of games. The target group of the Asus ROG Phone II is absolutely clear: gamers who don't want to compromise on performance, battery life, display or features.

Considering the target group, it is not surprising that Asus has only installed the best and most modern components. With the Snapdragon 855+ from Qualcomm, the current fastest core on the market is right inside the ROG Phone II. A full 8GB of RAM ensures that even opening multiple sophisticated apps is no problem. The Adreno 640 GPU provides the necessary graphics performance and harmoniously rounds off the powerhouse. In order to cool the accumulated power, the smartphone relies on the Vapor Chamber cooling system. Even an intensive utilization of the CPU over several hours is possible without restrictions.

The smartphone is not only exceptional in terms of performance. The display is also very convincing and captivates with its extravagance. The 6.6 inch screen size or the very high resolution of 2340 x 1080 pixels is quite unusual. In fact, the ROG Phone II is a real special feature due to its high refresh rate. With 120 Hz technology in combination with 240 Hz touch sampling, a response time of only 49 milliseconds is possible. Rounded off by 10-bit HDR support and a contrast of 10000:1, the screen is absolutely worthy of a flagship.

Smartphones, which are designed primarily for gaming, must fit comfortably in the hand - even when used intensively. That's why Asus does without a strongly rounded design and focuses on clear contours. Even if the manufacturer does not follow the mainstream, the ROG Phone II is an absolute eye-catcher with a modern design. The front is almost completely dominated by the screen. The back, on the other hand, is completely different. The very sharply cut contours convey a futuristic design.

Camera enthusiasts will be delighted

As befits such a flagship, Asus has installed a high-quality camera span. A 24 megapixel sensor on the front is capable of producing high-quality self-portraits thanks to intelligent scene recognition. But the snapshots are much better with the duo on the back of the case. The Sony IMX 568 sensor forms the core of the main camera. With a resolution of 48 megapixels, even filigree details will be made visible in the photos. A 13-megapixel wide-angle sensor with a 125-degree angle complements this, and photo enthusiasts will get their money's worth.

It is obvious that the Asus ROG Phone II boasts of current standards. Smart gadgets such as fitness trackers or wireless headphones can be connected via Bluetooth 5.0. Known local networks can be exploited at maximum speed thanks to the 802.11 ac standard. There are also no restrictions within the mobile network. The integrated battery with a capacity of 6000 mAh can be charged in record time thanks to QuickCharge 4.0. In addition to the USB-C port, a jack port is also available for connections. The complete package is rounded off by 128 GB UFS 3.0 ROM. 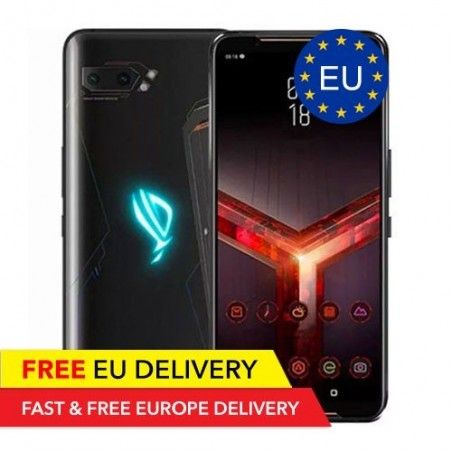