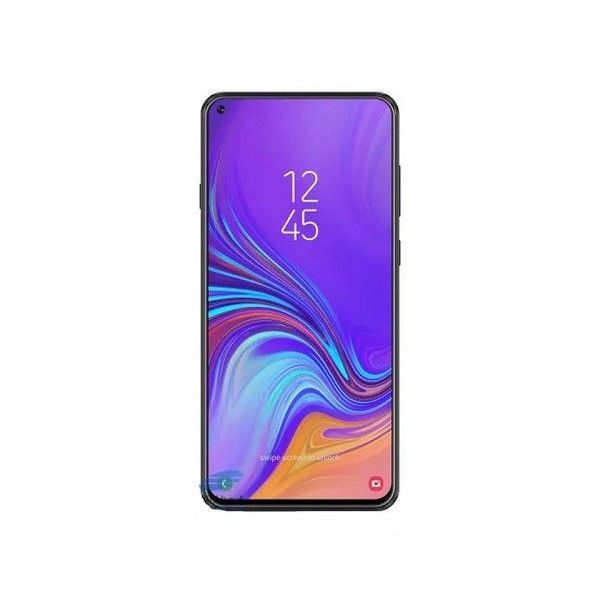 The Samsung Galaxy A8s features an Infinity O display with FHD+, 6GB RAM, 128GB ROM and powerful 24 + 10 + 5 Megapixel Tripple and 24 Megapixel front camera. The Snapdragon 710 Octa Core processor clocks up to 2.2 GHz and is sufficient even for demanding apps.

With its Infinity-O display, a fast Snapdragon 710 Octa Core processor, 6 GB RAM, 128 GB ROM and a powerful Tripple camera combination, Samsung's Galaxy A8s is aimed at demanding smartphone users. The mobile phone from the premium manufacturer convinces both in terms of design and features.

Like the Huawei Nova 4 and the Honor V20, the Galaxy A8s also has a small circular recess for the front camera. The Notch at the top of the display is obsolete. The smartphone has a very high screen-to-body ratio together with the very narrow edges on the sides and at the bottom of the screen. Thus, the device fits easily into the trouser pocket despite the Phablet display with its dimensions of 158.4 x 74.9 x 7.4mm. The weight of 173 g is also pleasingly low.

There is no doubt that the Galaxy A8s is an absolute eye-catcher. The Infinity-O-Display catches the viewer's eye. The display with the circular cut-out for the front camera only reveals its true strength when it is switched on. Due to its FHD+ resolution of 1080 x 2310 pixels, digital content is displayed in fabulous quality. The PLS TFT LCD technology ensures lifelike and rich colors. Even direct sunlight is no problem for the powerful display. With a screen diagonal of 6.4 inches, the Samsung Galaxy A8s belongs to the family of phablets.

More than enough performance for gamers

The 6.4 inch Infinity Display is ideal for mobile games. That's exactly why Samsung has given its gem the new Snapdragon 710 processor. The 64-bit Octa Core CPU clocks with up to 2.2 GHz and is supported by 6 GB RAM. As a result current games as well as other games can be played smoothly. Future App generations will also run smoothly on the Galaxy A8s.

Dream of every hobby photographer

The Galaxy A8's cameras are also said to be dribbling instead of jamming. Samsung gave this smart everyday companion three sensors on the back of the case. The main sensor resolves with up to 24 megapixels, and has an f/1.7 aperture, thereby making it possible to capture filigree details. The 5 megapixel sensor with f/2.2 aperture, on the other hand, is responsible for the depth of field of the shots and thus makes it possible to create appealing bokeh effects. Also a 10 megapixel telecamera lens with a f/2.4 aperture is available. Apart from photography, the triumvirate is also ideally suited for video recordings. 4k videos with a resolution of up to 3840 x 2160 pixels can be recorded with up to 30 FPS. The front camera is also a success. Selfies can be shot in high quality with a 24 megapixel sensor and f/2.0 aperture.

The Samsung Galaxy A8s positions itself in the mid-range smartphone segment, but offers the features of a premium device. The most important feature is the generous internal memory, which is pleasantly large in size of 128 GB. The same applies to the built-in battery. With a capacity of 3400 mAh, even long days without recharging are no problem for the mobile phone. The smartphone can also be unlocked either via the fingerprint sensor on the back of the case or via face recognition.

It is Obvious that Samsung has also thought of the usual standards and integrated them into the technical jewel. Smart gadgets can be connected to a mobile phone via Bluetooth 5.0. NFC for contactless payment is also available. Well-known networks can be tapped at high speed using the 802.11 a, b, g, n and ac standard. FDD LTE also makes the device fast in the mobile network. The data connection via cable is established via the modern USB-C port. Site services can also be used without restrictions. The Galaxy A8s supports the GPS, GLONASS, BeiDou and Galileo standards. 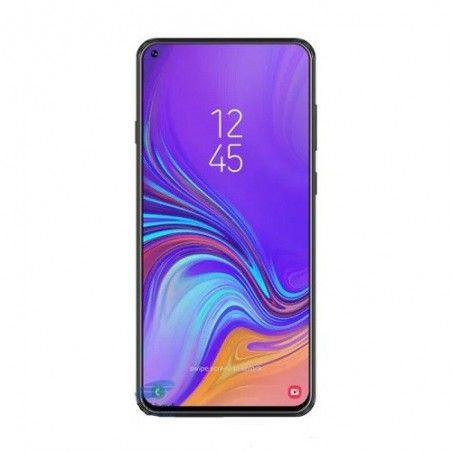 Notify me when the Samsung Galaxy A8s - 6GB/128GB - Tripple Camera drops in price.