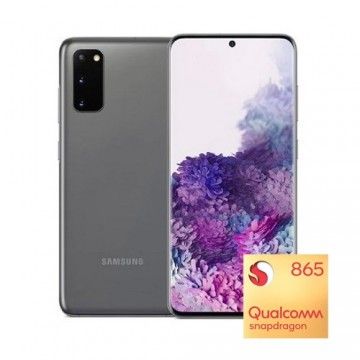 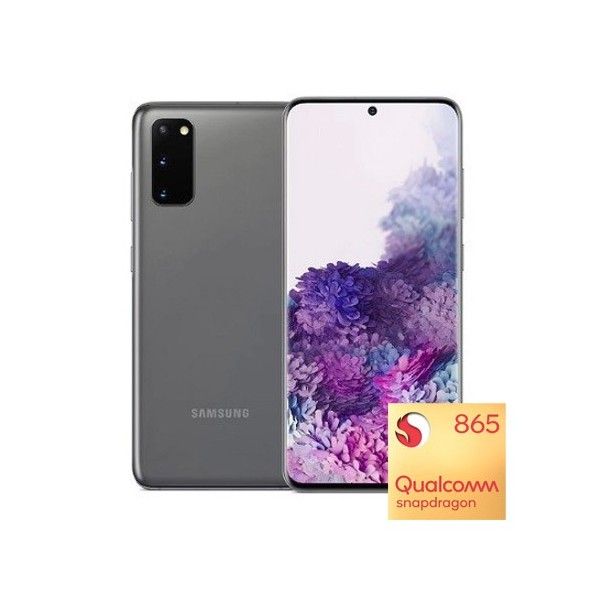 Snapdragon 865, 12 GB LPDDR5 RAM, 128 GB UFS 3.0 ROM, Space Zoom, gigantic battery and an absolutely brilliant display and unparalleled features make the Samsung Galaxy S20 one of the best smartphones on the market. The new flagship has the potential to put the competition from Huawei, Apple and Xiaomi in its place. From now on, the smartphone of dreams is available at a fair price from TradingShenzhen. Order now! 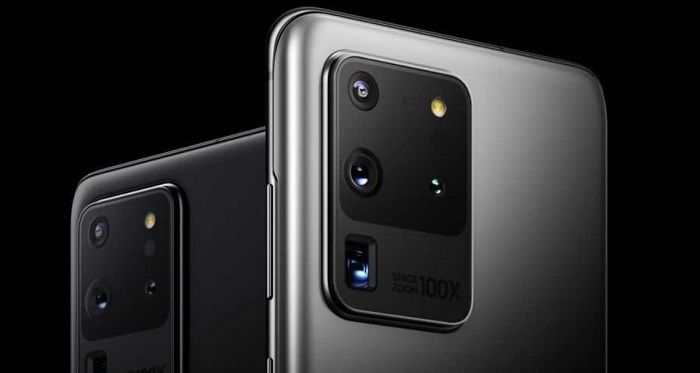 The best camera on the market

Why talk around the real highlight for so long? The camera is the star of the all-round successful smartphone ensemble from Samsung. The focus is on the 12 megapixel main sensor. Equipped with an f/2.8 aperture, the heart of the camera setup promises outstanding results that even SLR cameras often cannot deliver. The main sensor is complemented by a 12 megapixel ultra-wide-angle camera with f/2.2 aperture, which offers a viewing angle of 120 degrees. This ensures breathtaking panoramic shots. 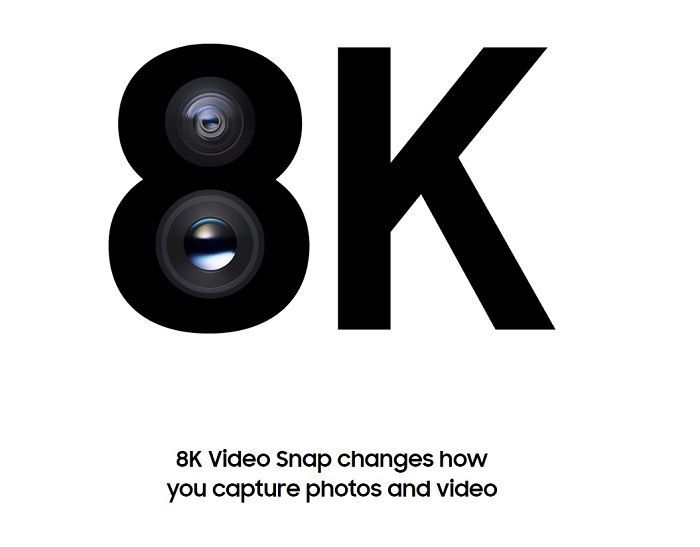 Samsung has given the new zoom function of the S20 this absolutely fitting name. The focus is on the 64 megapixel telephoto lens with f/2.0 aperture. The sensor allows a 3x optical hybrid zoom. Digitally, the zoom can be extended to 30x. Thus, even very distant objects can be brought closer for a photo. So that Selfie fans also get their money's worth, Samsung has installed a 10 megapixel camera with f/2.2 aperture at the front, which is hidden in the small punch hole. Of course, amateur film-makers also get satisfied. The Samsung S20 supports 8K shooting, Super Slow Motion with up to 960 FPS and offers outstanding stabilization thanks to Super Steady Mode.

This is how the Quad HD+ Dynamic AMOLED 2X display of the Samsung S20 presents itself. Naturally, the manufacturer relies on the proven AMOLED technology. This optimises both energy consumption and colour reproduction. The display offers full HDR10+ support. But the panel is also impressive in terms of performance. A full 379 cd/m2 brightness can be achieved. Direct sunlight is no problem. Gamers will still be pleased with the high refresh rate of 120 Hz. Video fans on the other hand will be much more enthusiastic about the high resolution of 3200 x 1440 pixels. Thus the panel achieves a pixel density of 563 ppi. Of course, the size should also not go unmentioned. With 6.2 inches, the Samsung S20 is one of the larger devices on the market. 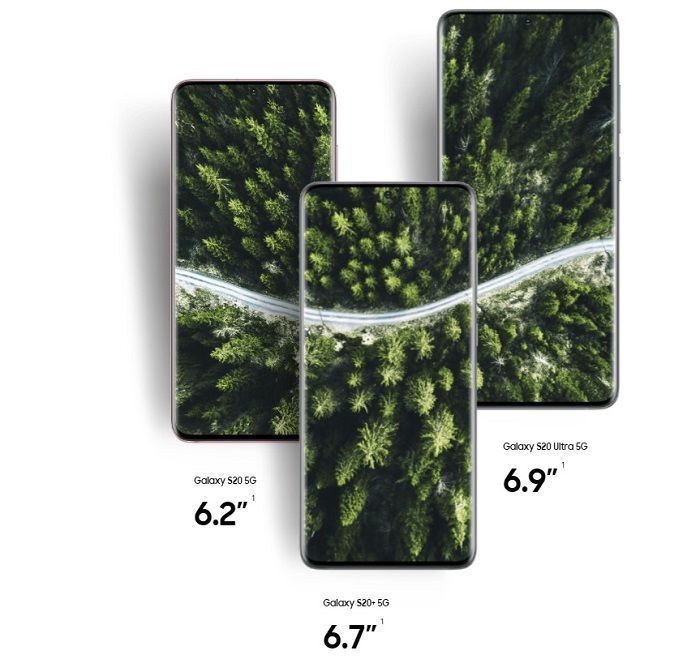 A display of this size needs its space. Thanks to the outstanding screen-to-body ratio, however, the S20's dimensions are moderate. The IP 68 certified housing of the flagship measures 151,7 x 69,1 x 7,8 mm and weighs 163 g. A masterpiece from Samsung in view of the equipment and the gigantic panel. The battery is also big, though. With 4000 mAh, users can easily get through the day without a charging cable. A quick energy boost is made possible by the Fast Wireless Charging 2.0 technology. You can charge with up to 15W without a cable. Via USB-C the charging current can be charged up to 45W. Reverse charge is also offered.

The Chinese version of the S20 relies on the Snapdragon 865 Octa Core processor, which has significantly better energy efficiency. With a clock rate of up to 2.84 GHz and supported by an Adreno 650 GPU, upcoming mobile games and apps will not push the smartphone to its performance limits. Especially multitasking is possible on a new level thanks to 12GB LPDDR5 RAM and the large screen. The internal UFS 3.0 memory is also blazing fast and, with 128GB, generously dimensioned.

What else is on offer

As the name already suggests, the smartphone from Samsung promises the highest bandwidths in the mobile network thanks to 5G support. Thanks to Dual SIM, two phone numbers can also be managed directly. Only the best is offered even within local networks. WiFi 6 is on board with the S20. The same applies to the NFC chip, which can be used for contactless payment. Smart gadgets can be connected via Bluetooth 5.0. The equipment also includes an AI-supported 3D scanner for Face Unlock and a fingerprint sensor in the display. 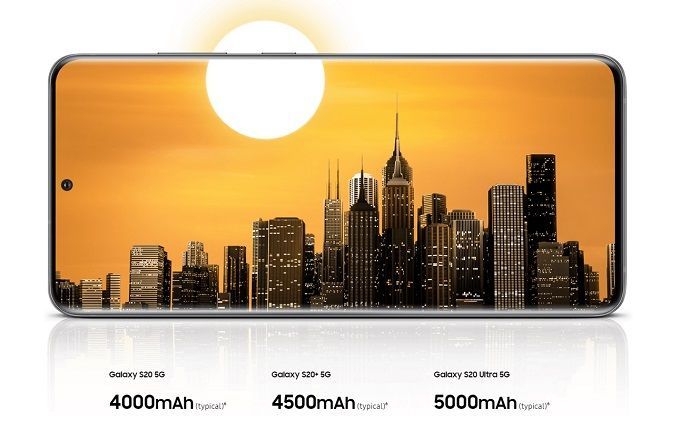 The Mijia Smart Night Light offers a light sensor and an infrared sensor and switches on only when really needed. The night light works with a 0.3 W LED, emits white light with 2700k colour temperature, offers a recognition angle of 120 degrees and can be operated with simple batteries. Easy control via Mi Home App.

The Lenovo Z5 Pro offers a slider camera with 24 + 16 megapixels and HDR support as well as an AI Dual front camera with 16 + 8 megapixels. A Snapdragon 710 Octa Core CPU with 2.2 GHz as well as 6 GB RAM, 128 GB ROM and In Display fingerprint sensor complete the package.

The Samsung Galaxy A8s features an Infinity O display with FHD+, 6GB RAM, 128GB ROM and powerful 24 + 10 + 5 Megapixel Tripple and 24 Megapixel front camera. The Snapdragon 710 Octa Core processor clocks up to 2.2 GHz and is sufficient even for demanding apps.

The Lenovo Z5 Pro GT is the first smartphone with Snapdragon 855 CPU to offer a 2.84 GHz clock rate and Adreno 640 GPU. The performance monster has a full 8 GB RAM, 128 GB ROM, a slider camera with 24 + 16 megapixels and HDR support as well as an AI dual front camera with 16 + 8 megapixels. 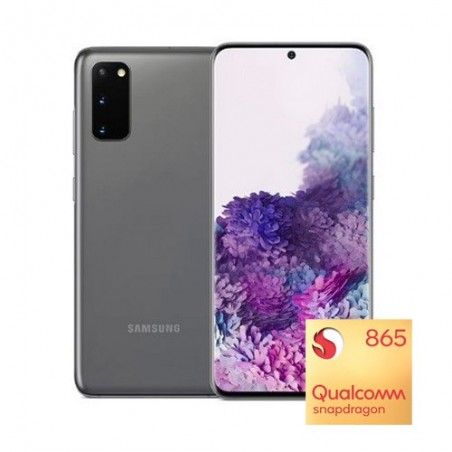