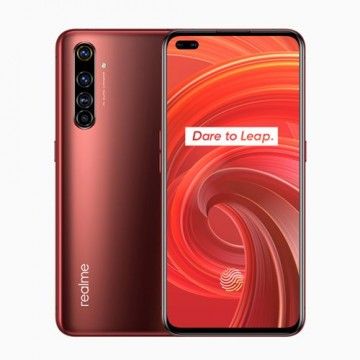 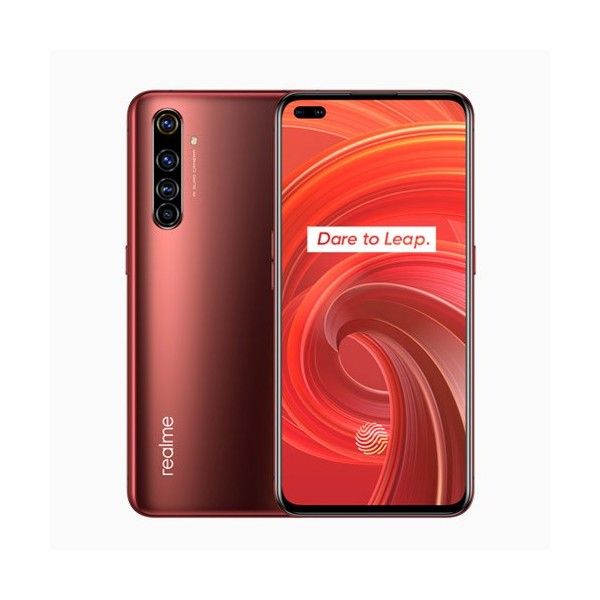 The Realme X50 Pro is a smartphone of superlatives: Snapdragon 865 5G, 64 megapixel quad camera, dual front camera, 90 Hz AMOLED display, 65W Dart Charge, LPDDR5 RAM and UFS 3.0 ROM represent the inner workings of this high-end device. From now on, this technical jewel from the Far East is available at Tradingshenzhen at a low price.

Worthy of a flagship

While Samsung and Apple's flagship models in the 1000 euro and up category are praised, Realme remains very modest - at least in terms of price. It is refreshing to see how the manufacturer manages to offer absolute high-end at a budget price. The Realme X50 Pro offers only the best of the best and makes no compromises when it comes to design. The case, like the top smartphones of the above mentioned manufacturers, is made of glass over a large area, which is held together by a sturdy aluminum frame. The slim and rounded design is fully in tune with the times. Thanks to the Dual Punch Hole Display, a screen-to-body ratio of 92% is achieved.

OnePlus, Samsung and also Xiaomi have presented it with their flagships. Realme is following with the X50 Pro: The 6.44-inch display offers a sampling rate of up to 180 Hz and can therefore accept input at an extraordenary speed. Gamers in particular will be thrilled by this. The same applies to the refresh rate of 90 Hz. Even action-packed games are displayed absolutely fluently. It almost goes without saying that Realme relies on a high-quality AMOLED panel, which has a resolution of 2400 x 1080 pixels in FHD+. The light output of the display is also remarkable. A whopping 1000 nit ensure optimal readability of digital content even in direct sunlight. And it's worth taking a closer look, because the display supports HDR 10+ and can completely cover the DCI-P3 color space.

Nowadays, flagships define themselves primarily through their camera. This is where the X50 Pro scores all along the line. The quad camera on the back of the elegant housing is led by a 64 megapixel Samung GW1 sensor with f/1.72 aperture. Far away objects can be captured with the 12 megapixel telephoto lens with f/2.5 aperture. The Realme flagship offers a 20x hybrid zoom. An 8 megapixel ultra-wide-angle camera completes the package. The sensor is equipped with an f/2.3 aperture and is also used for macro photography. The quad camera is rounded off with a 2 megapixel portrait sensor with f/2.4 aperture. As a special feature, UIS stabilization is also provided. This allows particularly stable videos to be shot.

Unlike most other smartphones on the market, the Realme X50 Pro features a dual camera on the front. The 32 megapixel Sony IMX 616 sensor produces selfies in very high quality. Thanks to the 8 megapixel ultra-wide-angle camera, even group photos can be easily taken with the front camera. The strong team on the front offers advanced photo features. AI Beauty, HDR, face recognition, portrait mode, time lapse and night mode provide a variety of selfie options.

The Realme X50 Pro offers this without question. The heart of the system is the new Snapdragon 865 5G processor, which clocks at up to 2.84 GHz and is supported by an Adreno 650 GPU. Multitasking is no problem thanks to 12 GB LPDDR5 Quad Channel RAM. Realme also relies on maximum performance for internal memory: 256 GB UFS 3.0 ROM are waiting to be filled. The innovative Vapor Cooling System makes sure that the smartphone stays cool even under permanent load.

Charging at a new level

A real highlight is the internal battery and the charging system. The built-in current storage with 4200 mAh offers enough power reserves even for particularly long days. Should the battery run out, a very short pit stop at the charging cable is sufficient. The internal battery can be charged with 65W. This way the 4200 mAh are fully charged in only 35 minutes. If you are in a hurry, you can fill up with enough current for several hours in just a few minutes.

Realme supports the current 5G standard on the X50 Pro. The WLAN can be used via the new Wi-Fi 6 standard. Within the 4G network the band 20, which is required in Germany, is also offered. Smart gadgets are connected with the latest Bluetooth 5.1 protocol. Location services can also be used thanks to GPS, AGPS, GLONASS and BeiDou. In general, the smartphone promises outstanding signal reception. This is guaranteed by dual frequency GPS and 360 degree surround antennas. As far as sound reproduction is concerned, the Realme flagship boasts dual speakers, which support both Dolby Atmos and Hi Res Audio. The operating system is the Realme IU based on Android 10.

The Honor Band 4 - Running Edition can be attached to the foot for even better results. The fitness tracker is waterproof up to 50m, equipped with an OLED display and has a running time of up to 21 days. Whether cycling, swimming or running - the Honor Band 4 is the right choice.

With its 0.95 inch AMOLED display, touch screen, heart rate monitor and a 6-axis sensor, the Honor Band 4 offers everything you need for any kind of athlete. Since the fitness tracker is waterproof up to 50 m, swimmers can also use the gadget. Can be used for up to 17 days in classic mode.

The Xiomi Mi AirDots Pro 2 supports LHCD, offers a battery life of 4 hours, comes in a case with Powerbank and promises outstanding sound thanks to dynamic drivers. The In Ear headphones can be connected via Bluetooth 5.0. 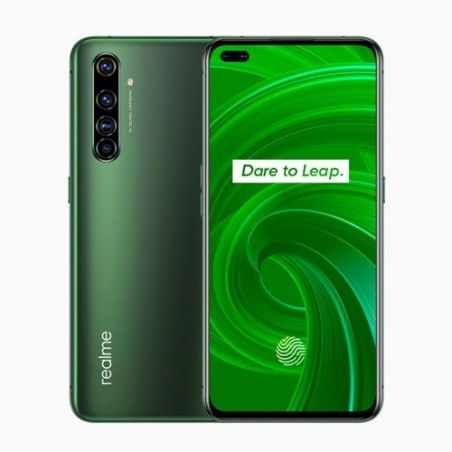