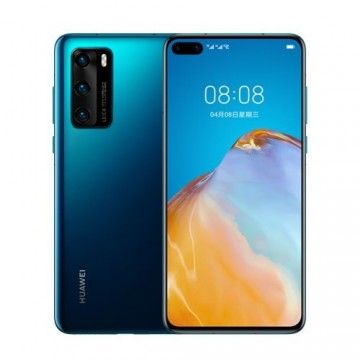 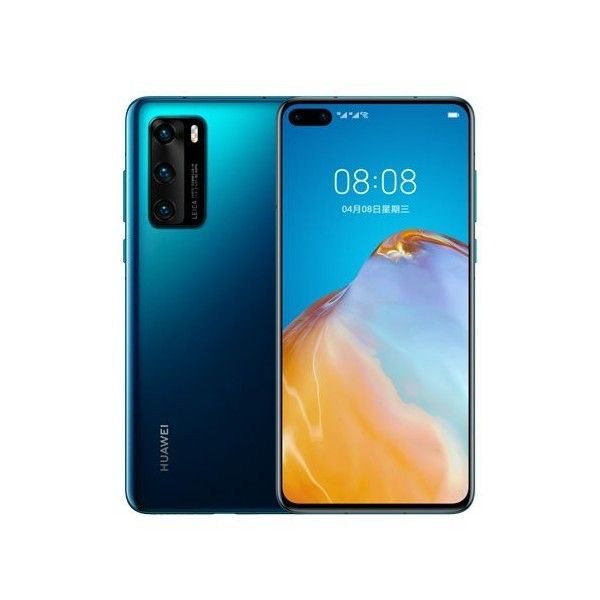 Kirin 990 CPU, a brilliant OLED display, an excellent triple camera on the market, WiFi 6 and an outstanding finish make the Huawei P40 absolutely desirable - even for bargain hunters. Because the flagship from the Far East is surprisingly inexpensive compared to the other reference models. Test it now, convince yourself and order it at a low price from TradingShenzhen.

Impressive but not oversized

In contrast to its competitor Samsung, Huawei does not rely on an oversized display for its flagship and focuses on handling. With dimensions of 148.90 x 71.06 x 8.50 mm and a weight of 175 grams, the P40 lies far better in the hand than its rival, the Samsung S20 Plus. Although the showpiece is less impressive due to its screen diagonal, the Curved OLED display immediately attracts everyone's attention. The elegantly curved panel nestles perfectly into the aluminum frame and doesn't show any gaps. Thanks to the outstanding workmanship, the smartphone has been certified to IP 53.

Of course, the technology used by Huawei is also absolutely high-quality. The 6.1-inch display has a resolution of 2340 x 1080 pixels and displays digital content in absolute sharpness. Thanks to the OLED technology, the colour reproduction is at an absolute top level. In addition, a high screen-to-body ratio is achieved thanks to the dual punch hole camera on the front. 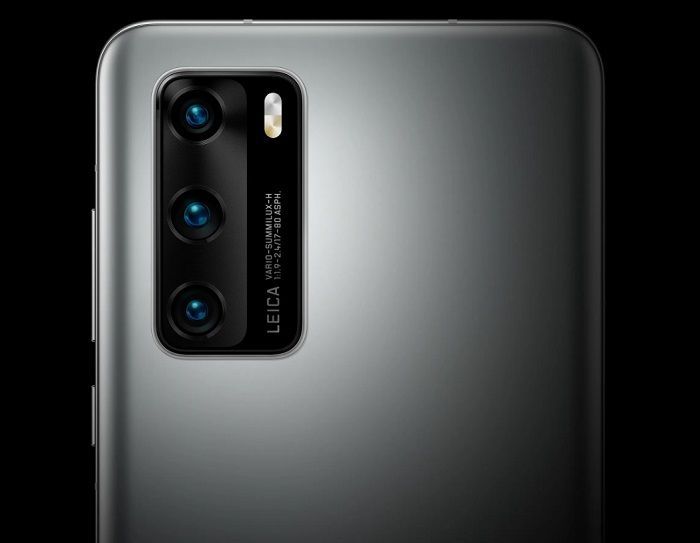 Given the strong setup at the front, this statement can be taken literally. The unusually strong team is led by a 32 megapixel sensor with f/2.0 aperture. Thanks to autofocus and AI support, snapshots with the front camera can be taken even during quick photo shoots in between. The IR camera provides appealing bokeh effects. Even selfie videos and video calls can be realized in best quality. The front camera supports video recordings of up to 4K. 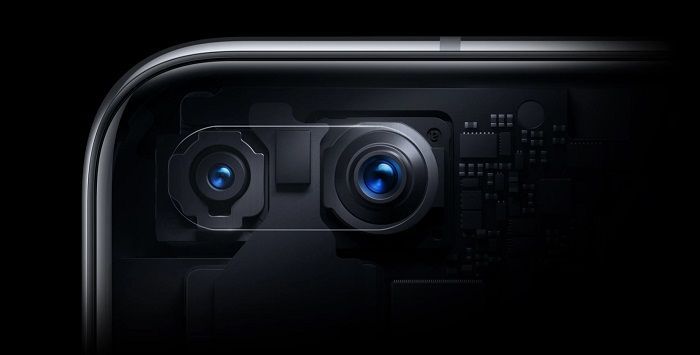 In 2019, the P30 was at the top of the table in terms of camera quality and for a long time led the ranks of mid-range smartphones. The Chinese manufacturer Huawei has made every effort with the P40 to repeat this in 2020. This is because the triple camera on the back of the housing is led by a 50 megapixel ultra vision camera. The built-in wide-angle sensor was equipped with an f/1.9 aperture. The innovative sensor is capable of capturing a particularly large amount of light and features an Octa PD autofkus. The 16 megapixel ultra wide angle camera with f/2.2 aperture promises an even wider viewing angle. In addition to wide-angle shots, this sensor can also be used to take macro shots from a distance of 2.5 cm. 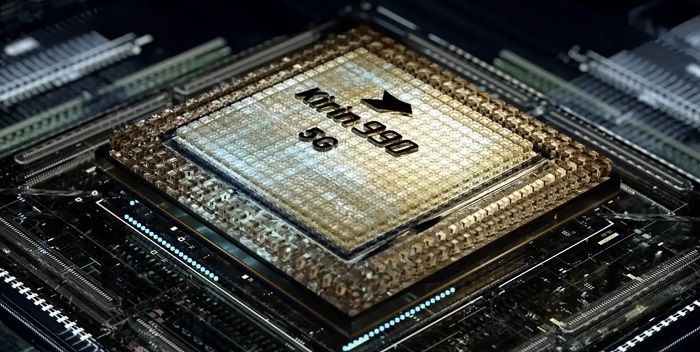 A real innovation - The telephoto lens from Huawei

An absolute highlight, however, is the innovative telephoto lens. This has been equipped with an OIS and offers an f/2.5 aperture. In addition, it offers a 3x optical zoom, with which distant objects can be zoomed in without loss. In addition, a 5x hybrid zoom and a 30x digital zoom are offered. 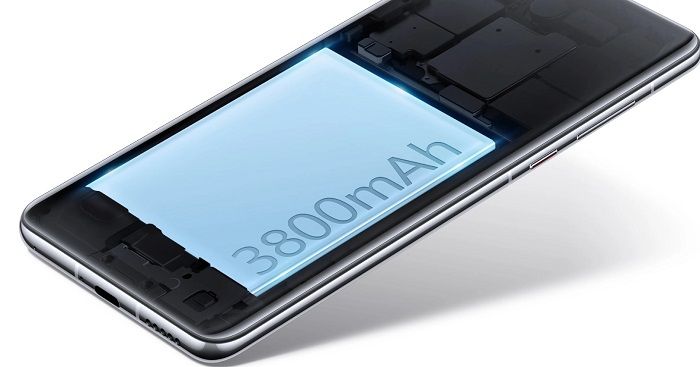 State of the art

This is also the performance of the P40. A Kirin 990 5G processor slumbers inside the glass and aluminum case. The Octa Core CPU clocks with up to 2.86 GHz and is accompanied by a Mali G76 GPU, which will particularly delight gamers. The strong performance is complemented by 8GB RAM. The internal memory is also convincing. Huawei has donated a whopping 128 GB to its flagship. Even a large amount of games, videos, photos and other files can be stored directly on the smartphone.

A 3800 mAh battery was installed so that the user can also make use of all the functions of the P40 on particularly long days. Should this run out, the flagship can be charged via Huawei SuperCharge with up to 22.5 W via USB-C. A few minutes are already enough to charge the battery for several hours.

Apart from all the highlights, Huawei's flagship is also equipped with everything else that makes a modern smartphone. First and foremost the supported bandwidths: Within the mobile network, the fast 5G network can be used. Thanks to Dual SIM, a total of two phone numbers can be managed simultaneously. Maximum data throughput rates are also guaranteed within local networks thanks to the 802.11 ax standard. Smart gadgets can be connected via Bluetooth 5.1. An NFC chip for contactless payment is also on board. To unlock the smartphone, either the latest generation In Display fingerprint sensor or Face Unlock can be used. The latter is equipped with a practical feature. Private notifications are automatically hidden if a second face is detected.

Nillkin Full Frame Curved Tempered Glass protects the display of the Huawei P40 reliably. It covers the whole front, is curved on the edges, there is no better screen protection. It is scratch resistant, water resistant, very easy to apply and has a special protective layer for fingerprints.

The Cam Shield Hardcover for the Huawei P40 Pro from Nillkin not only offers an extravagant look, but also a shield for your camera on the back. The robust material ensures good protection against scratches or fall damage.

The SoftBumper TPU from Nillkin for the Huawei P40 protects your device from scratches and is very handy. It provides more grip and stability. The Softcase is completely transparent and fits perfectly.

Hardcover for the Huawei P40 from Nillkin with a special look and a very good grip. It is very robust, very grippy because of its special structure and fits perfectly. The Nillkin Frosted Shield is known for its great quality and falling protection.

The new Huawei P40 Twinkle Case protects your device from falls and offers much more grip. The case has a handy structure and a shapely design. The material feels pleasantly soft, but is very resistant. The reflective material provides better visibility in the dark. 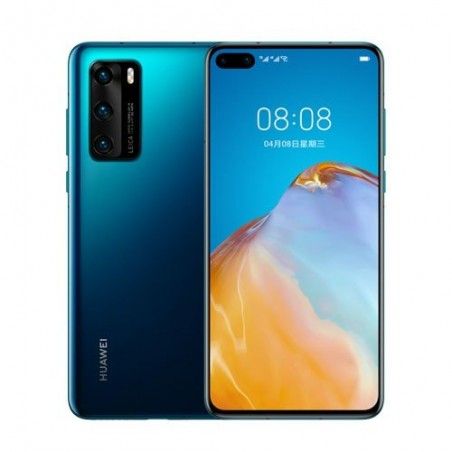