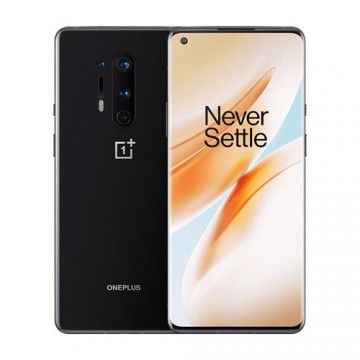 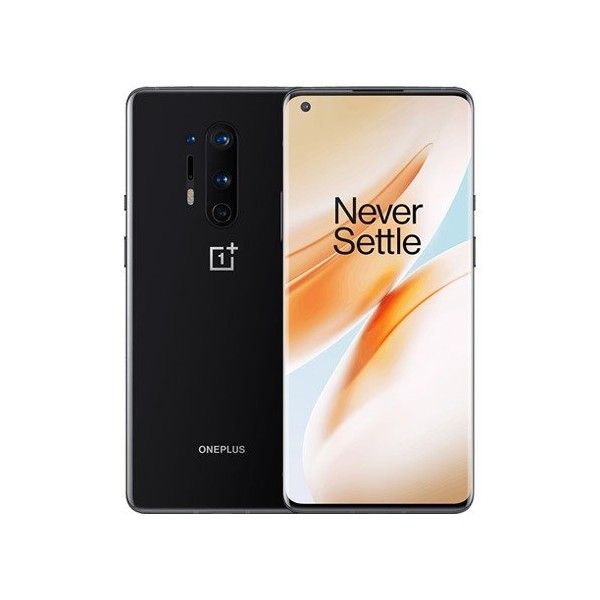 A 120 HZ AMOLED fluid display, quad camera, Snapdragon 865 processor, LPDDR5 RAM and UFS 3.0 ROM make the OnePlus 8 Pro one of the fastest and best equipped smartphones ever. This masterpiece from the Chinese manufacturer is aimed at smartphone users who do not want to make any compromises. The flagship is now available at TradingShenzhen at a low price. Order now!

OnePlus is known for uncompromising high quality at a competitive price. It is no coincidence that the trade press has often described the OnePlus 7t as the best Android smartphone ever and was particularly impressed with the quality of the camera. The expectations for the new model are correspondingly high. The fans were not disappointed. Once again, the manufacturer has delivered an overwhelming result, which is already very clear from a first glance at the elegant design.

Classic, elegant and smooth to the touch

These are the best words to describe the new OnePlus 8 Pro. The manufacturer describes its technical gem as a smartphone with a burdenless design. In fact, despite the large display, the device lies comfortably in the hand. On the one hand, this is due to the smooth glass back, which is slightly curved. On the other hand, this is due to the compact dimensions of only 165.3 x 74.3 x 8.5 mm. The weight is also comparatively low at 199 g. The manufacturer also presents itself modern on the front. The narrow Hole Punch camera has a diameter of only 3.8 mm.

The first Quad camera of the manufacturer

Contrary to the design of many manufacturers, OnePlus does not rely on an excessively large camera setup on the back of the housing. The quad camera blends rather discreetly into the housing and only stands out slightly from the surface. A great performance in view of the built-in technology. The quad is led by a Sony IMX 689 sensor with a large 1/1.4 inch sensor including f/1.78 aperture. The large sensor surface means that a particularly large amount of light is absorbed. This is reflected in the brilliant and lifelike images. For panorama shots a 48 megapixel Sony IMX 586 sensor with f2.44 aperture is used. The sensor has a viewing angle of 120 degrees. Distant subjects are brought up close by the 8 megapixel telephoto lens. The sensor offers a 3x hybrid and a 30x digital zoom. Thanks to OIS and EIS, the images do not blur even with restless hands. The quad camera is completed by a colour filter lens with f/2.4 aperture. The photochrome filter puts photographs in a surreal garb. 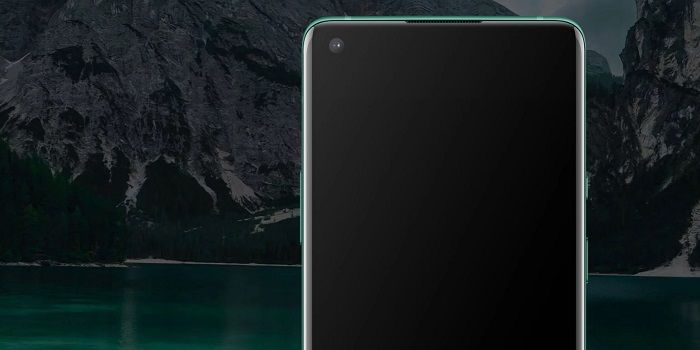 The OnePlus 8 Pro is equipped with numerous additional functions that will delight casual photographers and even ambitious film-makers. For example, the user has access to Dual Native ISO, an advanced Ultrawide Nighshot mode, HDR and even RAW image files. Still inexperienced photographers will enjoy the comprehensive support provided by the artificial intelligence. Even fans of selfies will get their money's worth. The 20 megapixel Sony IMX 471 sensor on the front offers an f/2.45 aperture and is equipped with an EIS and autofocus. 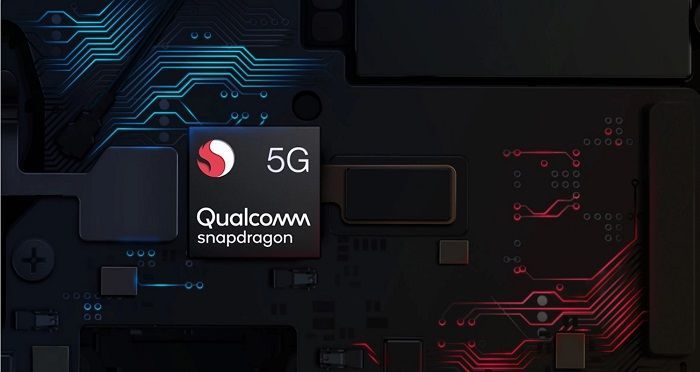 Video production on a professional level

A strong improvement over the predecessor is offered above all in the video quality. Thanks to advanced MEMC algorithms, recordings are converted into breathtakingly fluid files at 120 fps at low 24 or 30 frames per second. In addition, HDR Boost enables dynamic details and improved shadow effects to be realised during recording. High quality is also guaranteed during audio recording. The OnePlus 8 Pro can use three microphones at the same time. Should one microphone be covered in the heat of battle, the remaining ones ensure a clear recording. The audio zoom function is another real special feature. The sound recording focuses on the corresponding object being filmed.

No flagship without high-end performance. The OnePlus 8 Pro is no exception. The manufacturer has only used the best. The new Snapdragon 865 Octa Core processor offers a clock rate of up to 2.84 GHz and is accompanied by an Adreno 650 GPU. Supported by 12 GB LPDDR5 RAM, even multitasking won't pose a challenge for the smartphone in the foreseeable future. The device is also exemplary when it comes to internal memory. A total of 256 GB UFS3.0 ROM are waiting to be filled with data. 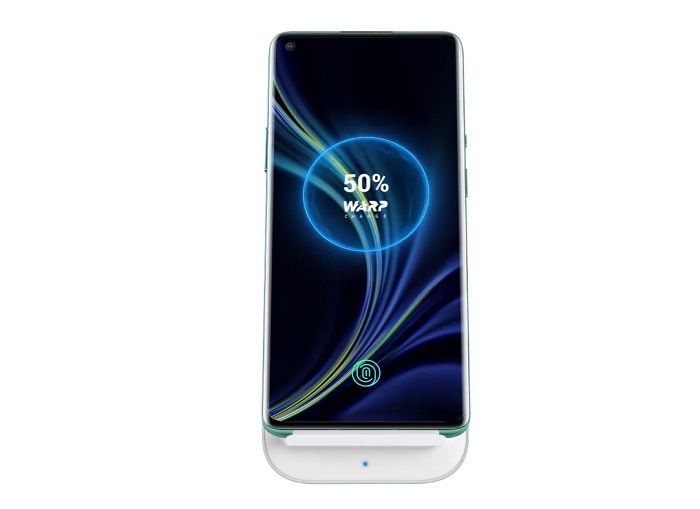 The best display on the market

The manufacturer hasn't promised too much and doesn't deliver anything less than the current best display on the market. The sheer size alone attracts his attention. With 6.78 inches, the Fluid AMOLED display definitely belongs in the phablet category. Those who expect a blurred image reproduction now have cut their teeth. Because the QHD+ panel has a resolution of 3168 x 1440 pixels and thus offers a pixel density of outstanding 513 ppi. The Mate A+ display offers 120 Hz refresh rate and a sampling rate of 240 Hz. Thanks to HDR 10+ and 10-bit colour depth, digital content shines with its powerful and lifelike colour reproduction. This is true even in extremely bright environments. With a maximum brightness of 1300 nits, readability is guaranteed always and everywhere.

The OnePlus 8 Pro offers superlatives in large numbers - including the battery and charging technology. In fact, the manufacturer's new flagship with the largest battery ever installed is impressive. The smartphone offers a full 4510 mAh and thus guarantees a high runtime despite the 120 Hz screen. The charging technology also offers record values. For the first time OnePlus uses the Warp Charge 30T Fast Charging technology. With up to 30 W the smartphone can be charged wirelessly. In only 30 minutes, the gigantic battery is filled by more than 50%. A nice addition is the Reverse Charge function. 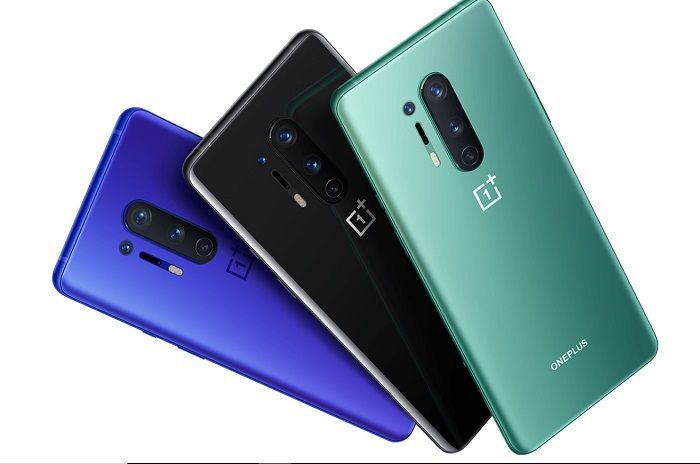 Always in the fastest network

Among the flagships is already part of the good tone: the support of the current 5G network. The OnePlus 8 Pro also scores here and offers the fastest network standard in Dual Sim mode. The local network also guarantees the best possible bandwidth thanks to Wi-Fi 6. NFC for wireless payment and Bluetooth 5.1 for Smartwatches are also on board. In addition, the Haptic Vibration 2.0 motor offers an even more realistic vibration.  The strong stereo speakers support not only 3D audio but also Dolby Atmos. A USB-C port with USB 3.1 support and IP68 completes the package.

The OnePlus Warp Charge 30 Wireless Charger can recharge the OnePlus 8 Pro and other wireless charge capable devices with up to 30W in record time. The charger features foreign object detection, surge protection, heat protection and offers Qi and EPP compatibility.

The OnePlus Warp Charge 30 Car Charger promises a rapid charging function with up to 30 W even in the car. Thanks to its elegant design and compact dimensions, the charger blends in very well with the interior of the car. Numerous safety mechanisms ensure safe recharging despite the Fast Charge.

The new OnePlus 8 Pro Texture Case protects your device from falls and offers much more support. The case has a non-slip structure and its texture gives it an elegant look. The material feels pleasantly soft, but is also very resistant. The case is perfectly adapted to the size of the smartphone.

The new OnePlus 8 Pro Twinkle Case protects your device from falls and offers much more grip. The case has a handy structure and a shapely design. The material feels pleasantly soft, but is very resistant. The reflective material provides better visibility in the dark.

Hardcover for the OnePlus 8 Pro from Nillkin with a special look and a very good grip. It is very robust, very grippy because of its special structure and fits perfectly. The Nillkin Frosted Shield is known for its great quality and falling protection.

This stylish hardcover for the OnePlus 8 Pro protects your device optimally. OnePlus has used high-quality and robust material for the cover. The abstract and cleanly processed structure provides a modern look and immediately catches the eye. The cover is very resistant and is available in different colours. In addition, the camera is well protected on the back.

This stylish Sandstone Hardcover for the OnePlus 8 Pro protects your device optimally. OnePlus has used high-quality and robust material for the cover. The abstract and cleanly processed structure provides a modern look and immediately catches the eye. The cover is very resistant and is available in different colours. The camera is well protected on the back. 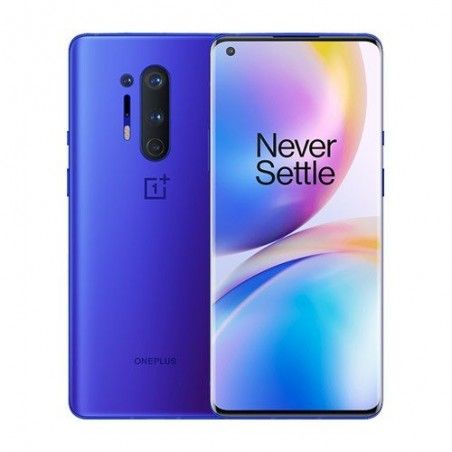