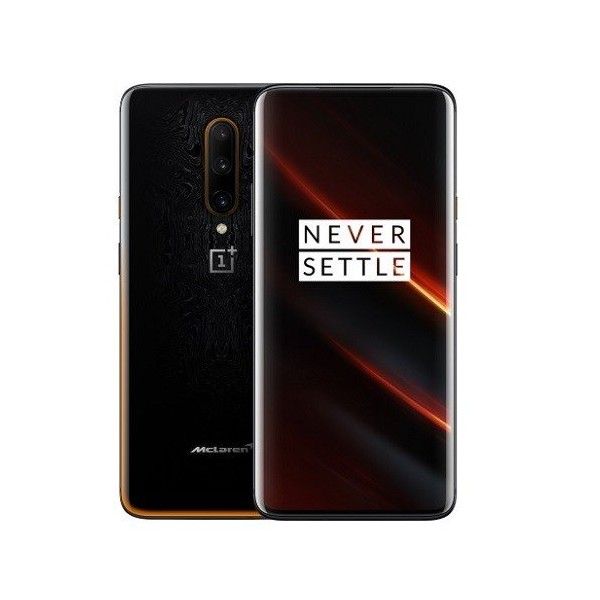 The OnePlus 7t Pro McLaren Edition combines high-end with a fair price. A Snapdragon 855 Plus, UFS 3.0 ROM, Fluid AMOLED display with 90 Hz and a high-resolution triple camera leave nothing to be desired. The luxury budget phone is offered by Tradingshenzhen at a low price. Order now and test it yourself. 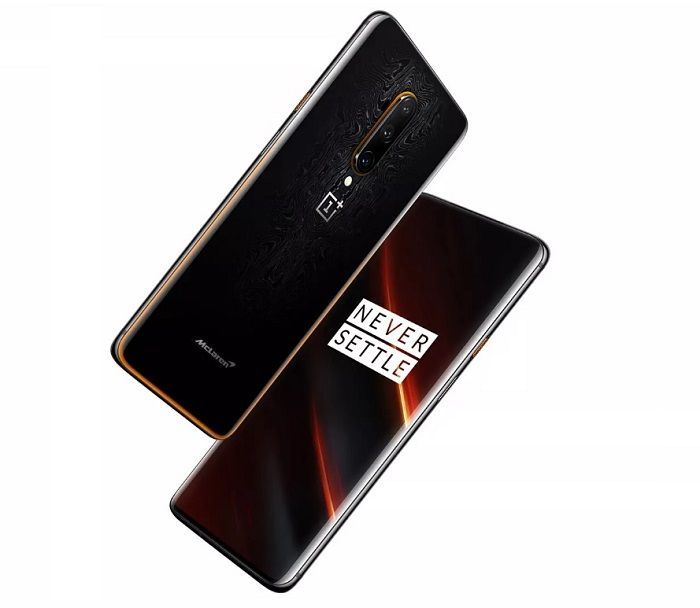 This is one of the great strengths of the OnePlus provider. This is obviously the case with the manufacturer's new flagship. The modern design, the immaculate workmanship and, in particular, the strong interior leave no room for doubt: The 7t Pro is a high-end smartphone - and the outstanding screen-to-body ratio is pleasingly small for a device with a 6.67 inch screen. The marvel measures only 162.6 x 75.9 x 8.8 mm and weighs only 206 grams. 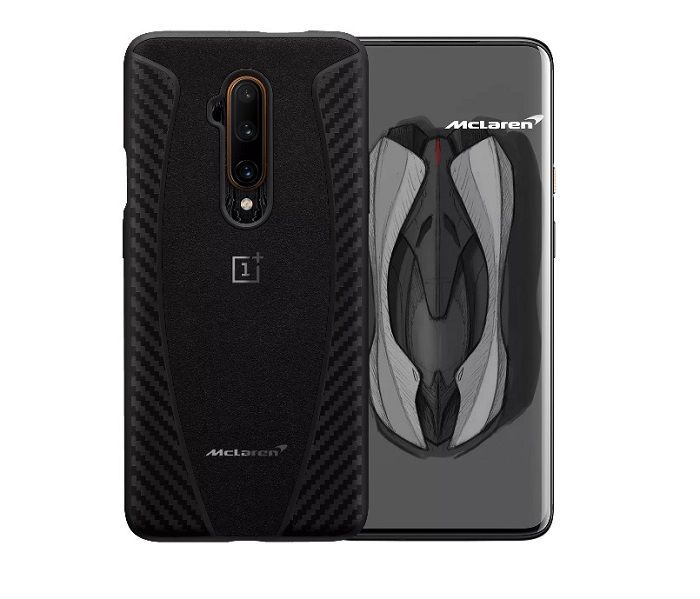 In addition, this technical gem is distinguished by its extraordinary design. Both the orange edges and the exclusive gadgets make this smartphone unique. On the one hand, it comes with a more than high-quality case. The combination of carbon fibre and Italian Alcantara can also be found in the super sports cars of the legendary racing forge. On the display, however, OnePlus impresses with unique animations, theme pictures and background images. The icons were also specially designed for the special edition. 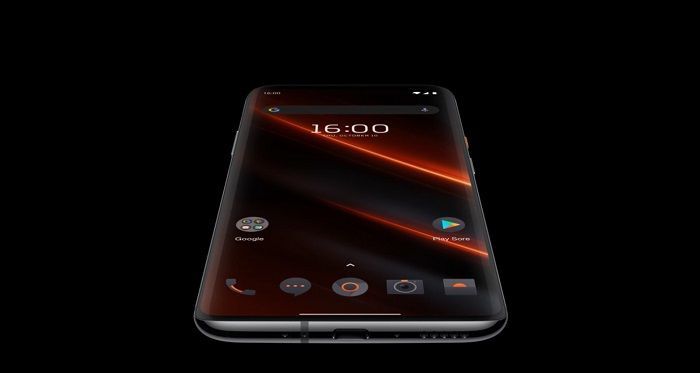 The display, big, fluid and high-resolution

The display will be positively noticeable the first time it is switched on. With a resolution of 3.120 x 1.440 pixels, the Fluid AMOLED display shows digital content in absolute high-resolution. Despite a size of 6.67 inches, the OnePlus 7t Pro offers an outstanding pixel density. The screen is held in 20:9 format and is protected by a 3D Corning Gorilla glass. A real special feature is the 90 Hz technology, which ensures a very fluid display. With HDR10+, colours are also displayed in outstanding quality. 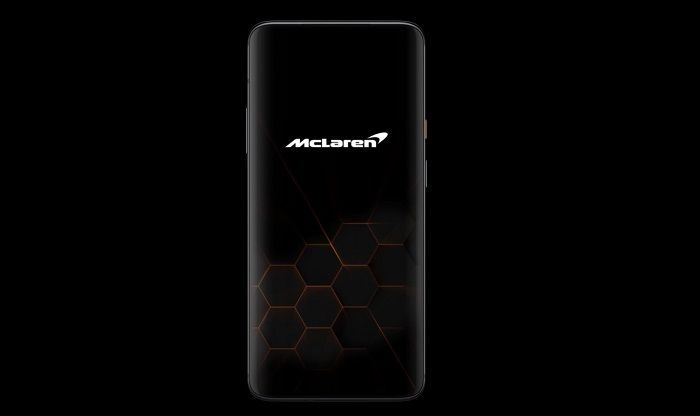 OnePlus shows itself from its generous side when it comes to the performance of the OnePlus 7t Pro. With the new Snapdragon 855 Plus, both current games as well as future app generations can be operated easily. The Octa Core processor which clocks with up to 2.96 GHz, stands out due to its low power consumption and is equipped with an Adreno 640 GPU. Multitasking is also no challenge for the smartphone. With 12 GB RAM, a large number of apps can be opened at the same time. The internal memory is also on top level. The UFS 3.0 ROM is exceptionally fast and with 256 GB, quite adequate enough storage even for a large selection of apps, videos, photos and other digital content is guaranteed.

Compared to its predecessor, the camera technology in particular has changed a lot. While the OnePlus 7 Pro is equipped with a dual camera, the successor is equipped with three sensors. The trio is spearheaded by a 48 megapixel Sony IMX 586 sensor, which, in combination with an f/1.6 aperture as well as OIS and EIS, provides crisp, sharp motifs. This is complemented by a 16 megapixel ultra-wide angle sensor with f/2.2 aperture and 117 degree field of view. The 8 megapixel telesensor with f/2.4 aperture completes the combination and allows a dual optical and therefore lossless zoom. Apart from photographs, the OnePlus 7t Pro can also be used to shoot high-resolution videos. 4K shots with up to 60 FPS are supported as well as slow motion shots with up to 720 frames per second. On the front, selfie lovers can look forward to a strong 16 megapixel Sony IMX 471 sensor with f/2.0 aperture and EIS.

It should be noted that the OnePlus 7t Pro is equipped with everything that meets the current smartphone standard - and beyond! Current FDD LTE standards including band 20 are on board. A fingerprint sensor is built into the display for quick and safe unlocking. Location services such as Google Maps can also be used without restrictions thanks to Glonass, Beidou, Galileo, GPS (L1+L5 Dual Band) and A-GPS. Wireless headphones and smartwatches can be connected to the OnePlus 7t Pro via Bluetooth 5.0. The dual SIM slot, which can be used to manage two phone numbers at the same time, is also a great feature. The OnePlus 7t Pro uses a 4085 mAh battery as its power source, which can be charged in a short period of time with WarpCharge at 30 W.

I have ordered this phone from Germany. It only took 12 days (Global Priority) to arrive. Packaging was really rugged and firm. The "Limited" McLaren Charger is with an Asian-Socket but i got an Adapter for EU-Socket's. Everything else was inside aswell. And for me a Big Plus: NO CE-Mark on the back !!! You get the whole Design how its ment to be.
This review has been posted for OnePlus 7t Pro McLaren - 12GB/256GB - Snapdragon 855 Plus - 90 Hz
Write your review !
See more reviews 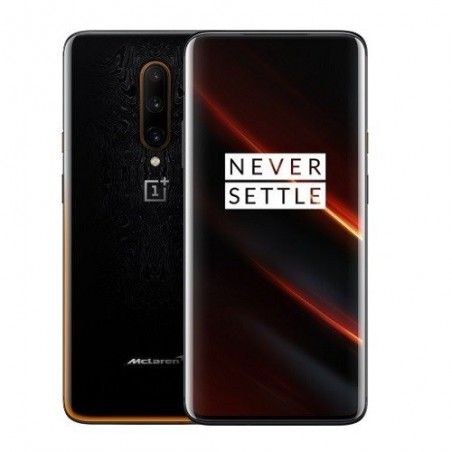