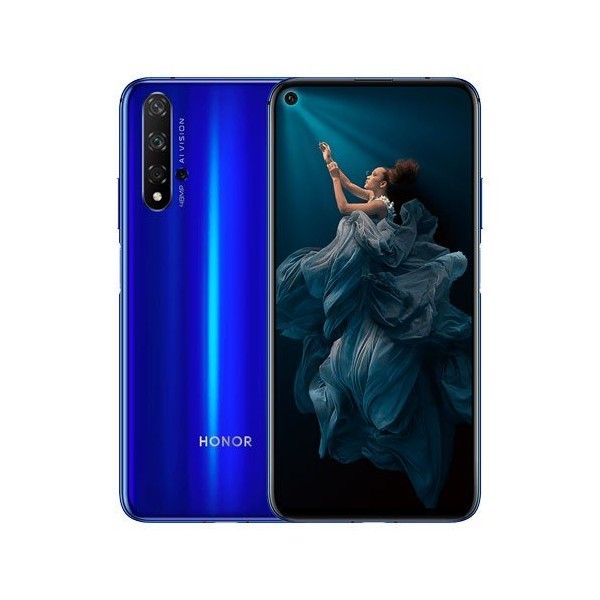 The Honor 20 is equipped with a quad camera, a high-speed Kirin 980 processor, 8 GB RAM and a powerful 3750 mAh battery. As a result, the Huawei daughter brand offers far more than just the mid-range standard. The workmanship is also convincing in every respect. Due to the Hole Punch front camera, the smartphone is pleasantly small despite its 6.26 inch screen. Order now from Tradingshenzhen and secure the best price. 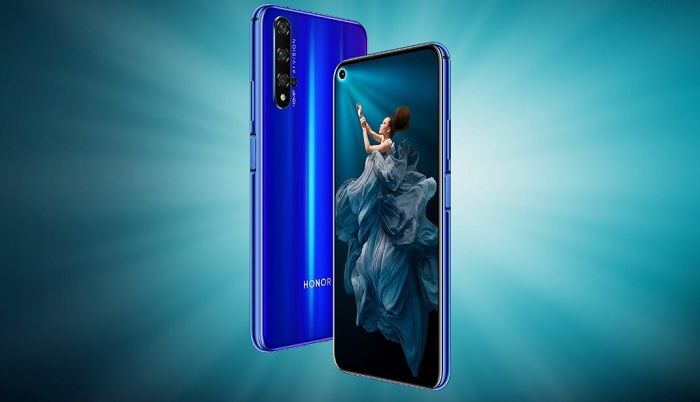 Although the Honor 20 has the flawless appearance of a flagship device, this gem from the Far East is a mid-range variant. The backside is characterized by a glass surface, which is interrupted by the impressive quad camera. The front, on the other hand, is almost completely occupied by the 6.26 inch Full View Display. The front camera is hidden in a small hole in the display. The outstanding screen-to-body ratio is responsible for the fact that the Honor 20 with only 154.25mm x 73.97mm x 7.87mm fits easily into any trouser pocket. At the same time, the phone is pleasantly light. The device weighs only 174 g. 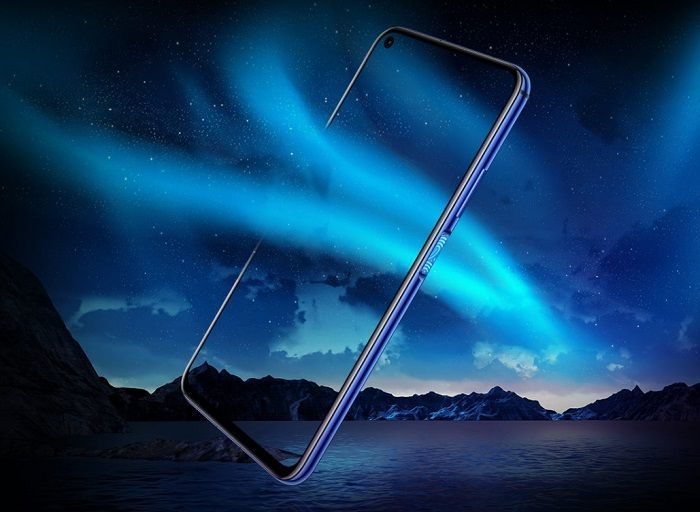 As befits an upscale smartphone, the Honor 20's display offers more than just Full HD. With a resolution of 2340 x 1080 pixels, movies, games and even websites look simply fantastic. Despite a size of 6.26 inches, a pixel density of 412 ppi is offered. This is perfect for users with gaming ambitions.

The mid-range technical marvel is powered by a Kirin 980 Octa Core processor. The 7nm CPU clocks up to 2.6 GHz. Multitasking is no problem for Honor 20 due to the 8GB RAM memory. This means that modern games as well as apps of the future generation will have sufficient performance. The internal memory is also generously dimensioned. A full 256 GB RAM is waiting to be filled with photos, videos, documents and apps. 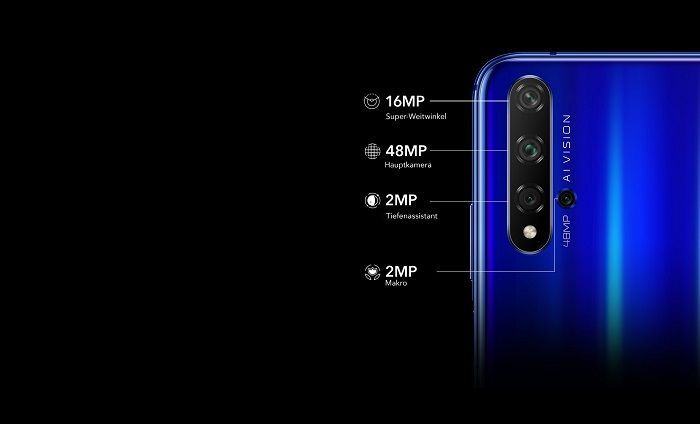 The Honor 20 promises videos and photos in breathtaking quality. The 32 megapixel f/2.0 aperture Selfie camera on the front of the device is the best choice for self-photography enthusiasts. With the support of AI functions, perfect images are possible even in difficult lighting conditions. Snapshots are much better with the quad camera on the back. The Sony IMX 586 main camera is the first smartphone camera on the market with a huge f/1.4 aperture. The 16 megapixel ultra-wide angle camera, on the other hand, has a viewing angle of 117 degrees and is ideal for panorama shots. Those who want to take closer shots will be pleased with the 2 megapixel macro sensor, which promises razor-sharp results even at a close distance. The complete package is rounded off by a 2 megapixel depth sensor camera that provides an appealing bokeh effect. Good photos are also guaranteed even with shaky hands. The built-in EIS compensates for small blurred areas. 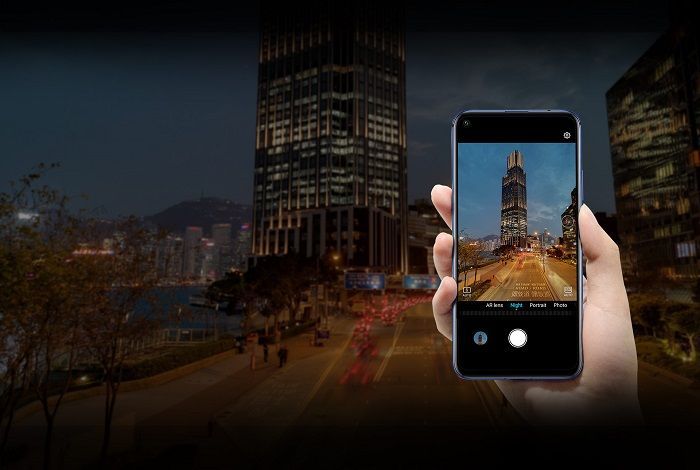 One of the biggest weaknesses of many mid-range devices is the internal battery. With 3750 mAh, a more than sufficiently large energy storage is hidden in the slim aluminum and gorilla glass case. The smartphone can even survive particularly long working days without a need for recharging. This is also made possible by the energy-efficient components. With a SuperCharge of 22.5 W, the battery will be recharged in record time. 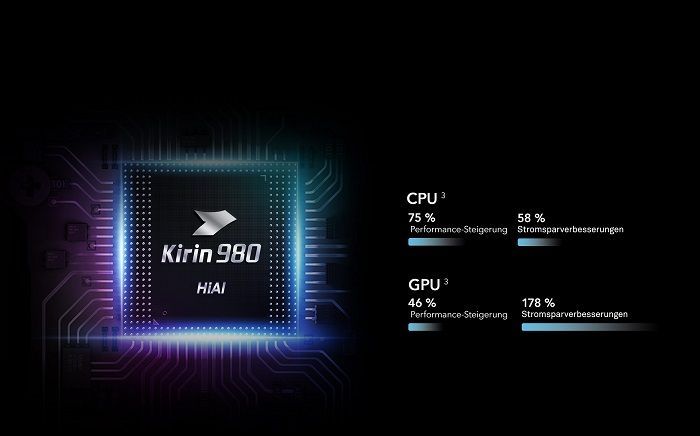 As it should be for a device of the high-end middle class, the Honor 20 offers impressive features. It is equipped with Bluetooth 5.0 and an NFC chip for cashless payment. In WLAN, data connections are established at high speed thanks to the 802.11 ac standard. The same applies within the mobile network. FDD LTE including Volume 20 are supported by Honor 20. To ensure that the device can be unlocked quickly, a fingerprint sensor has been installed on the side of the smartphone. A USB-C port serves as the central interface for recharging and wired data transfer. A 3.5 mm jack connector is also available. 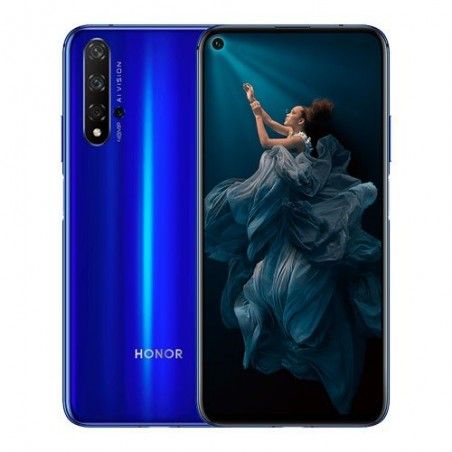