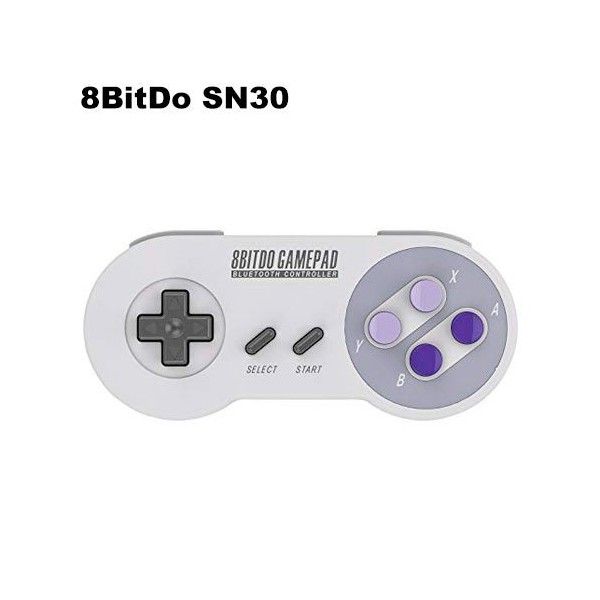 The design of the 8BitDo SN30 controller is reminiscent of the classic Super Nintendo controller. Retro replica with the letters X, Y, A and B, as well worked two shoulder buttons. Whether via Bluetooth or USB cable, playing with the SNES30 combines new features with 18 hours gamin time.

Formerly everything was better! That’s true, this saying from grandfather's phrase box is more than outdated and only applies to a very rare case. When it comes to gaming, however, the phrase for retro fans hits the mark. With the 8BitDO SN30 controller, the good old gaming time will be transformed into the modern one - without losing its own unique flair. The controller of the retro expert is a successful hybrid of ancient video game times and modern technology. With Bluetooth support and integrated lithium-ion battery, the SN30 controller promises gaming fun with a fascinating 16-bit video game feeling.

The Super Nintendo Entertainment System was undoubtedly part of the childhood of many gamers and was the most successful console of its time. In the 1990s, the Japanese company enriched the then still small gaming scene with the SNES not only with a great console and games, but also with one of the best controllers, which is still quite handy even today. 8BitDo lovingly recreated this control unit. Beginning with the classic cross-button, the narrow start and select buttons up to the four coloured buttons on the right side of the controller, which are also titled with the letters X, Y, A and B in the retro replica, lovers of the oldschool video game console will immediately feel transported back to their childhood. Apart from the design, the workmanship is also absolutely successful. The second shoulder buttons have a perfect pressure point and are easy to reach. Only durable and high-quality materials are used for the SN30. The design of the case is also very similar to the original SNES gamepad. However, you will notice small differences in the appearance upon closer inspection, which are due to the modern technical standards.

Despite its retro look, 8BitDo does not compromise on modern standards and offers the player the highest possible level of comfort. Therefore, the SN30 controller can be wirelessly connected via Bluetooth 4.0. Alternatively, the joypad can be connected to any end device via the USB port. The power supply is then provided by an internal lithium-ion battery, which offers a playing time of around 18 hours and can be fully charged in just two hours. 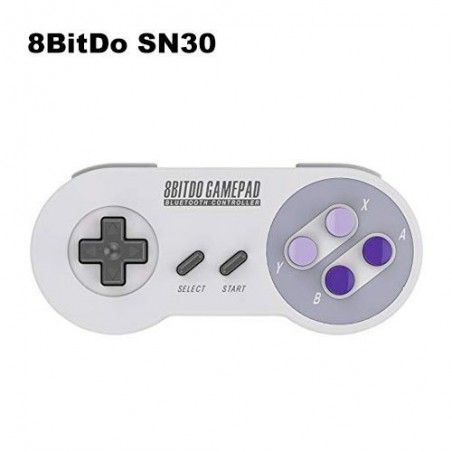 Notify me when the 8BitDo SN30 Controller - Bluetooth drops in price.