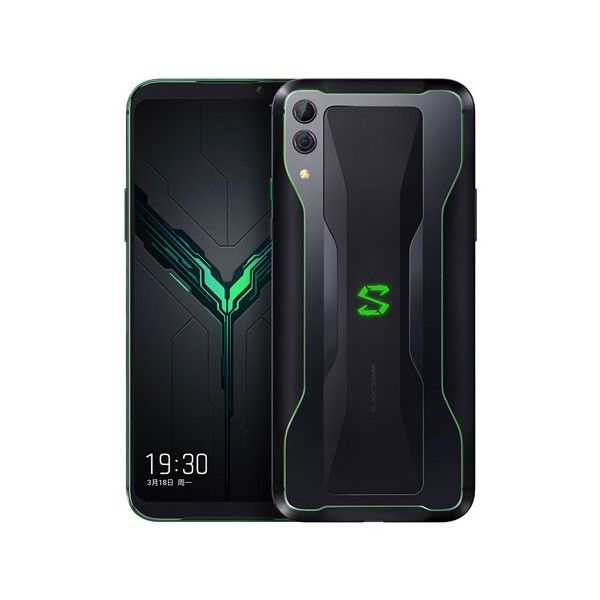 Snapdragon 855, 6 GB RAM, liquid cooling and a more than modern look make the Blackshark 2 from Xiaomi a dream come true for all gamers and lovers of extravagant designs. As usual, the manufacturer from the Far East did not stint on features in its gaming flagship. Bluetooth 5.0, AMOLED display and a gigantic battery make the device a versatile everyday companion. European users will be pleased with Band 20 Support.

Made for modern Games

Xiaomi knows exactly what a gaming smartphone is all about: absolute power! This is exactly where the manufacturer from China shows off its modern and high-quality components. The core is the new Snapdragon 855 processor from Qualcomm, which clocks up to 2.8 GHz and is supported by an extremely powerful Adreno 640 graphics processor. The performance package is rounded off by 6 GB RAM as well as an internal LPDDR4X memory of 128 GB, which is generously dimensioned and guarantees rapid data transfer rates due to the UFS 2.1 standard. To ensure maximum speed even at high power peaks, an innovative 2-way 3rd generation liquid cooling system has been installed. In fact, the Blackshark 2 is one of the fastest devices in 2019. In the Antutu benchmark, Xiaomi's smartphone was able to easily outperform the Samsung S10+.

Both the performance and the design has been specially tailored to the needs of gamers. The design of the case is slightly flattened on the sides and allows not only a pleasant, but also a particularly non-slip fixation of the device in the gaming hands. The stereo loudspeakers are strategically positioned from the front for a surprisingly lively sound. Enthusiasts of unusual designs will be particularly pleased about the special RGB lighting on the back of the case.

Yes, the Blackshark 2 is a smartphone for gamers. Nevertheless, enthusiasts of sophisticated photography will also get their money's worth. Xiaomi has given the gaming flagship a powerful dual camera combination that will satisfy even the most discerning photo enthusiast. The main sensor on the back of the stylish housing resolves with up to 48 megapixels and is equipped with a bright f/1.75 aperture. Supported by a 12 megapixel sensor that uses an f/2.2 aperture, even demanding shots can be taken. As a matter of fact, portrait pictures can be taken with bokeh effects. PDAF phase focusing, HDR and AI support are also available. Selfies, on the other hand, are made with the 20 megapixel front camera. This offers a f/2.2 aperture and due to its autofocus it is perfect for quick snapshots.

Made for magnificent pictures

Modern games will only be a half-fun without a suitable screen. Xiaomi is also aware of this and has given the Blackshark 2 an absolute highlight. The AMOLED screen offers a size of 6.39 inches and supports a resolution of up to 2340 x 1080 pixels. This achieves a native resolution of 402 ppi. Whether photo, modern photographer or film at Netflix, the display will display digital content of any kind brilliantly sharp and lifelike. At the same time, a particularly high contrast of 60000:1 is offered. Direct sunlight is no problem for the Blackshark 2.

Made for everyday use

The integrated battery is also important for an extended zock session. The gaming phone from Xiaomi impresses with 4000 mAh and at the same time has a particularly fast charging technology directly on board. An X-shaped antenna has been installed so that the data connection doesn't break off during gaming, which ensures particularly good connection values. With FDD LTE and WLAN 802.11 ac, the data stream is also processed at high speed. Established standards such as GPS, AGPS, GLONASS and Beidou as well as Bluetooth 5.0 are also supported by the Blackshark 2. 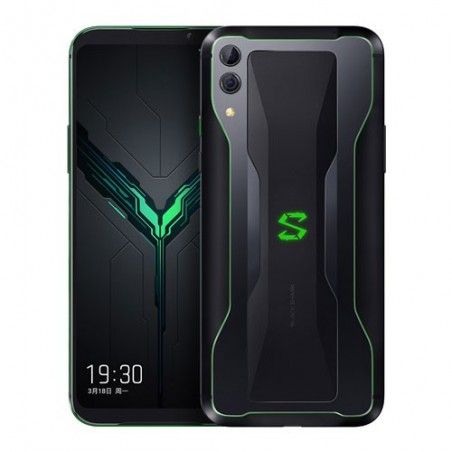